The rumours have been flying fast and furiously, but they are not all true. And PeepingMoon.com would like to confirm for you that, yes, veteran actor Rishi Kapoor is seriously unwell. He is admitted to a New Delhi hospital. But it’s for pneumonia. Not a relapse of the cancer for which the actor was being treated in New York for a year and only returned last September.

Apparently Rishi’s condition is serious because son Ranbir Kapoor returned to the capital today after spending the weekend there and coming back only this morning. Ranbir was accompanied by lady love Alia Bhatt again. The actress, who is said to have wrapped up shooting for Sanjay Leela Bhansali’s Gangubai Kathiawadi to be by Ranbir’s side, had showed her solidarity with the Kapoors earlier too when Rishi and Neetu Kapoor were stationed in NYC during his treatment. 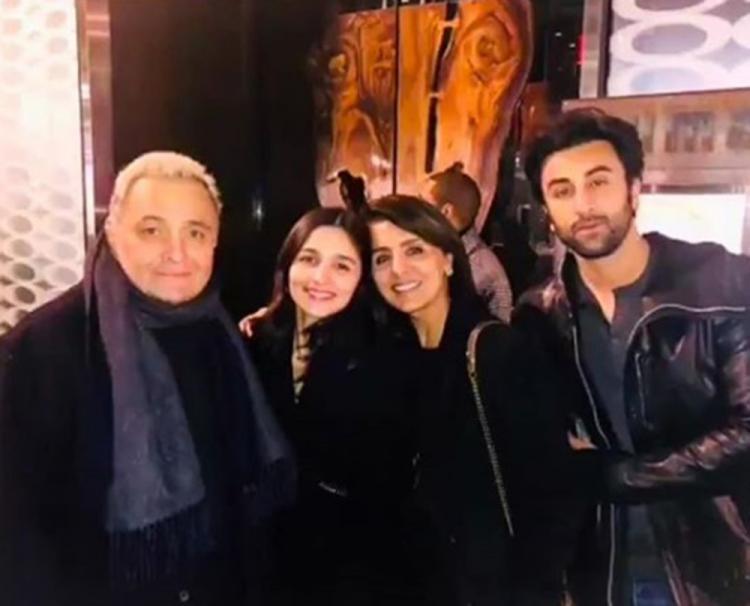 RECOMMENDED READ: Did Ranbir Kapoor-Alia Bhatt give Armaan Jain's Mehendi ceremony a skip due to Rishi Kapoor's hospitalisation in Delhi?

Rishi and Neetu had gone to New Delhi for a family function when the actor reportedly took ill and had to be rushed to hospital. Ranbir and Alia, who were believed to be performing at cousin Armaan Jain’s mehendi (he’s marrying Anissa Malhotra) in Mumbai on Saturday skipped the ceremony to rush to Rishi’s side. Rishi had made light of his hospitalization by telling the media, “I have had an infection which am getting treated. Nothing dramatic. Pollution got me I guess.” Happily it’s not as dramatic as the cancer relapse some media sites thought Rishi was stricken by. “But the pneumonia definitely needs constant supervision,” a source close to Ranbir and Alia said.