They’re wrapping up on Tuesday the thrilling climax of Rohit Shetty’s March 2020 action drama Sooryavanshi at Ramoji Film City in Hyderabad. The desi Avengers of the filmmaker’s new and extended cop universe featuring Akshay Kumar as Veer Sooryavanshi, Ajay Devgn as Bajirao Singham and Ranveer Singh as Bhalerao Sangram. What happens between Rohit’s call for “Action” and “Cut” is being fiercely kept a secret on the Sooryavanshi sets. But what happens off-camera, sources from Hyderabad say, is one delightful round of non-stop dhamaal and masti as the three Bollywood superstars bond and have a blast! 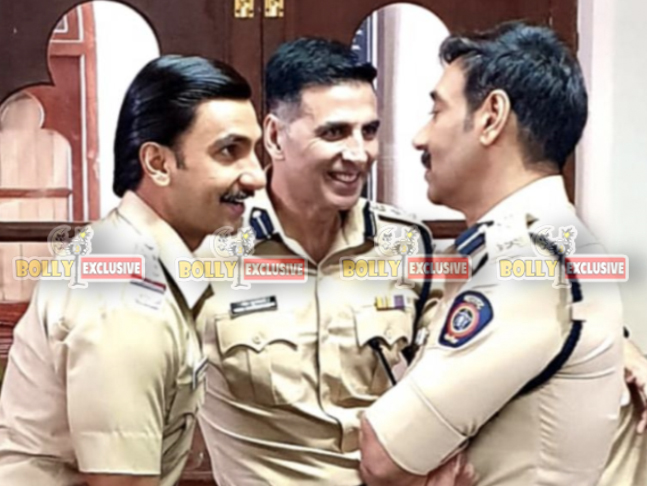 Akshay and Ajay are old buddies. Their bonding is over their Punjabi roots and their shared love for performing daredevil stunts and doing hardcore action. They take their friendship back 25 years when they first shared screen space in Kuku Kohli’s Suhaag that was one of the highest-grossing Bollywood films of 1994. A decade later in 2004, Akshay and Ajay reunited in Rajkumar Santoshi’s police thriller Khakee that also featured Amitabh Bachchan and Aishwarya Rai Bachchan. And then in 2005, the did Keshu Ramsay’s terrorism drama Insaan. Now Rohit has brought the two action heroes together for Sooryavanshi. Akshay as Anti-Terrorism Squad chief Veer Sooryavanshi is the new entrant in Rohit’s khaki cop universe. But Ajay as Bajirao Singham, the no-nonsense, tough and honest police officer in Singham (2011) and Singham Returns (2014), has been there and done it all in Rohit’s law enforcement dramas and battles against crime. 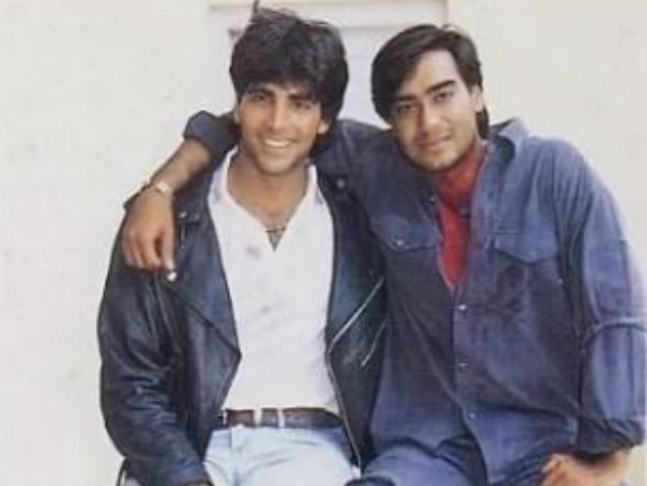 Ranveer, as Bhalerao Sangram in Simmba (2018), a rogue cop with a heart of gold, is the shiny new kid on the block in khaki. But Simmba does not lag behind senior officers Sooryavanshi and Singham when it comes to dealing with the baddies. Ranveer has always been an Akshay fan. And his fan-boy moment first came on Rajeev Rai’s action thriller Mohra in 1994 when Ranveer stole onto the sets to watch Akshay and Raveena Tandon shoot the sensual rain song Tip Tip Barsa Pani. Interestingly, Rohit is recreating that number between Akshay and Katrina Kaif in Sooryavanshi. 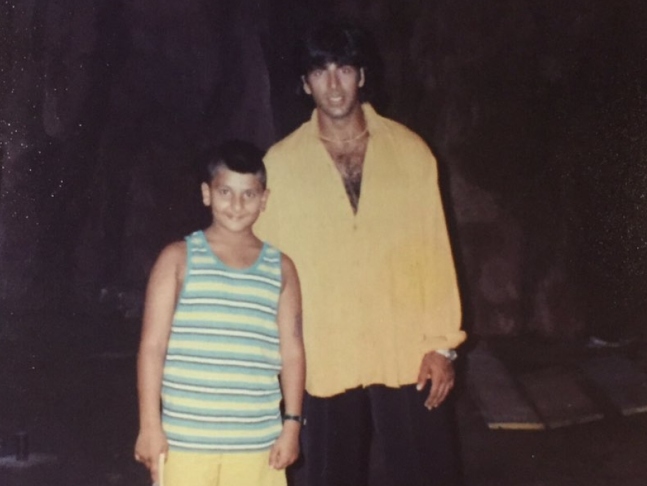 Akshay and Ajay are Bollywood’s two most notorious pranksters on a film set. Their co-stars have been the butt of all their comedy and jokes and tricks. And Ranveer is a naughty, livewire who runs about unrestrained. Together, the three actors are giving the Ramoji Film City much excitement and entertainment. Fans of the Bollywood superstars had been hoping that Avenger style the three celluloid cops come together in Rohit’s Sooryavanshi ever since Ajay played a small role and Akshay made a cameo appearance at the end of Ranveer’s Simmba last December.
Akshay on Instagram last week promised not just fireworks but a full-blown blast on March 27, 2020, when Sooryavanshi releasee. But Rohit, who is delivering everybody’s dream, must just be hoping the enthusiasm of the three actors does not wear him down before he wraps up the film's climax in Hyderabad on Tuesday. 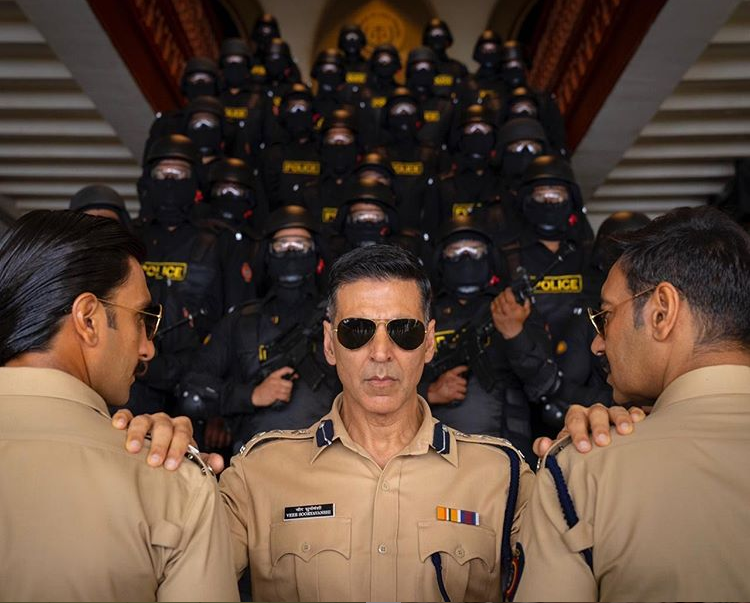 Ranveer Singh, Akshay Kumar and Ajay Devgn on the sets of Sooryavanshi's climax in Hyderabad