After Race 3 and the upcoming multi-starrer Housefull 4 that hits screens this Diwali, Bobby Deol is taking a long web route. We are saying so because the actor who has already completed the filming of his debut digital venture, Class of 83 has now signed his second web-series even before the Shah Rukh Khan-backed show streams on Netflix next year.

Peepinmoon.com has exclusively learnt that Bobby is doing an MX Player show that marks the directorial debut of Prakash Jha on the OTT platform. The show is said to be a Haryanavi political satire loosely based on the life of Godman Gurmeet Ram Rahim Singh, who's currently serving life imprisonment for raping and murdering. The series is tentatively titled Dera after the name of his religious group Dera Sacha Sauda, the series will apparently be more of a critique on the Godman culture and will showcase the dark crimes of the so-called gurus like Gurmeet Ram Rahim hid under the veil of spiritualism.  However, no confirmation has come on the title as of now. 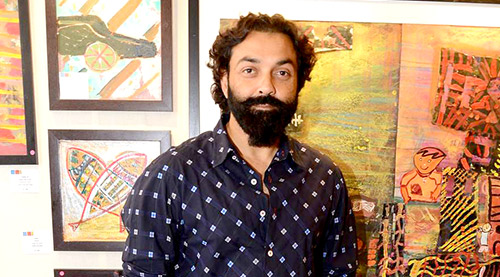 Bobby will be seen playing the controversial guru and is said to have already started shooting for the series. Padmavat and Sacred Games fame Anupriya Goenka and Television actor Sachin Shroff, known for his Zee TV serial, Sindoor Tere Naam Ka have also been roped in to play the pivotal characters. The show, according to sources, will be shot in Ayodhya and Lucknow in a four-months one-go schedule till January-end 2020.

Prakash Jha is known for making hard-hitting, socially-conscious dramas with a political backdrop and has successfully established his expertise in the genre with films like Aarakshan (2011), Gangaajal (2003), Raajneeti (2010) and Satyagraha (2013) topping his filmography. And now with the controversial story of Gurmeet Ram Rahim's life for his first web offering with Bobby Deol in the central character, Jha is expected to hit a sixer once again.