Advertisement
HomeBOLLYWOODEXCLUSIVEExclusive - It's Confirmed: Shahid Kapoor to star in Jersey remake; Begins the shooting in December

Exclusive - It's Confirmed: Shahid Kapoor to star in Jersey remake; Begins the shooting in December

Shahid Kapoor who is basking in the blockbuster success of Kabir Singh has finalized his next venture. And following his last outing which was the remake of Vijay Devarakonda starrer Telugu film Arjun Reddy, Shahid has once again opted for a South remake. Peepingmoon.com sources have confirmed that Shahid will star in the Hindi remake of this year's Telugu hit, Jersey which had superstar Nani and the newbie Shraddha Shrinath in the leading roles.

"Post the success of Kabir Singh, Shahid wants to do only commercial films which will be worth the audience's expectations. He was approached for Jersey remake soon after Kabir Singh released in theatres and loved the script, but was in two-minds on doing another remake back-to-back. However, after taking his time and considering every single aspect of the film's possibility among Hindi audiences, Shahid has committed and given a go-ahead to Jersey remake. This will be Shahid's next film after the earth-shattering success of Kabir Singh," a source close to the project told us. 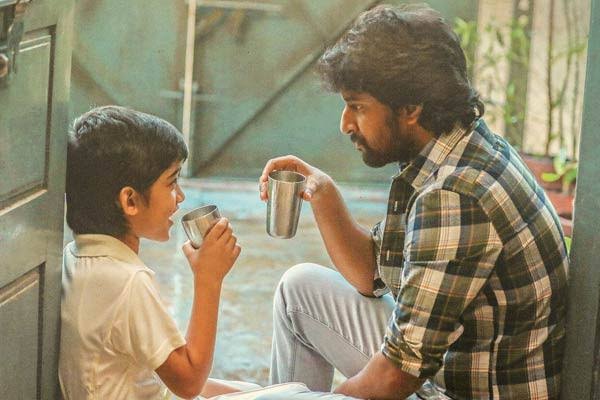 Shahid is currently on a small break to spend time with his family and will start shooting for this film in December. The original director Gowtham Tinnauri has come on board to helm the remake and he is said to have already locked his ADs team. They are currently rewriting the script keeping the Hindi speaking audiences' sensibilities in mind and will make the announcement in a month. Kannada actress Rashmika Mandana who has featured in Telugu films like Dear Comrade and Geetha Govindam is in talks to play the leading lady but is yet to be finalized.

Jersey is a sports drama that revolves around a failed cricketer (played by Nani) who decides to revive his cricketing career in his late 30s despite everyone being skeptical of his ability to do so. The yet-untitled Hindi remake will jointly be produced by Dil Raju's Sri Venkateswara Creations, Allu Aravind's Geetha Arts and Aman Gill's Brat Films.