The Hindi remake of Tamil hit Jigarthanda is finally happening five years after the original wowed the audience and critics alike with its gritty and intriguing plotline and impeccable performance of its lead cast. Peepingmoon.com exclusively broke the news that Sajid Nadiadwala who's known for producing blockbuster masala entertainers has bagged the remake rights and Sonchiriya fame Abhishek Chaubey will be directing it. Now, we have got an exciting dope on its casting.

According to industry sources, Rajkummar Rao and Saif Ali Khan are likely to star in the lead in this commercial potboiler. While Rajkummar is almost finalized, Saif is believed to be still in talks with the makers. "Jigarthanda is a two-hero project. It revolves around a young aspiring filmmaker who decides to make a gangster film and follows a real-life gangster in search of a solid story. Siddharth and Bobby Simha made both characters memorable with their exceptional performances with the later even bagging a National Film Awards for Best Supporting Actor. Now in the Hindi remake, Rajkummar will be playing Siddharth's character while Saif, if he comes on board, will be seen playing a notorious gangster for the very first time," our sources informed us. 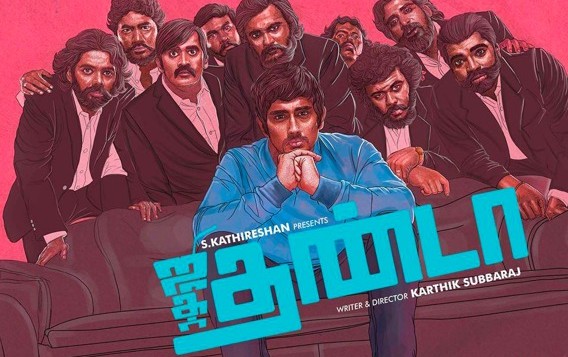 Sajid Nadiadwala is making the remake on a grand scale and will have a young actress as the leading lady opposite Rajkummar. The script has been adapted to suit the sensibilities of Hindi speaking audience rather than going for an exact copy. The film, we heard, has been scheduled to go on floors later this year after Rajkummar and Saif finish their respective commitments.

The Hindi remake of Jigarthanda has been under development for a quite some time now. Ajay Devgn had earlier announced it with Sanjay Dutt and Farhan Akhtar under the direction of Nishikant Kamat but it went into cold storage after Farhan backed out of the project. Now with two power-packed performers Rajkummar Rao and Saif Ali Khan in leads under the direction of critically acclaimed filmmaker Abhishek Chaubey, Sajid Nadiadwala's this gangster-comedy already seems like an anticipated project.