Abhishek Chaubey, who established himself as a bold filmmaker with Ishqiya and Udta Punjab, but came a cropper with his last release – the Sushant Singh Rajput, Bhumi Pednekar and Manoj Bajpayee starrer Sonchiriya, is going ahead with films that are raw and hard-hitting and rooted in non-metro locals.

Post Sonchiriya, Chaubey finished a short film with Tumbbad fame Sohum Shah and Kriti Kulhari and is currently filming his first crime thriller web series Dus Assi for Junglee Pictures banner. Now, PeepingMoon.com has learned that the filmmaker has collaborated with Sajid Nadiadwala for his next directorial which marks his foray into commercial cinema.

“Chaubey has been signed to direct the Hindi remake of the Tamil film Jigarthanda for Nadiadwala Grandson Entertainment. It’s an out-and-out commercial entertainer and is going to be a different ballgame altogether for Chaubey,” our source revealed. 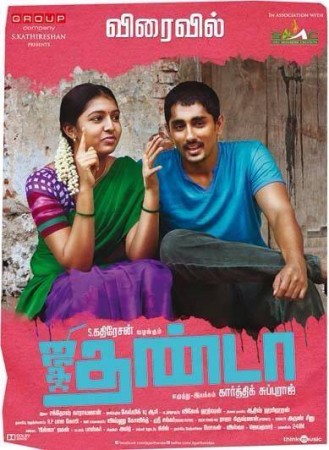 “The Hindi remake of Jigarthanda has been in the news since the Tamil film’s release in 2014 but never materialized. Ajay Devgn had earlier announced it with Sanjay Dutt and Farhan Akhtar under the direction of Nishikant Kamat but it was shelved for unknown reasons. Now Sajid has bagged the remake rights at a whopping price and with Chaubey on board, the remake is finally set to take off later this year,” the source added. Sajid is planning to get an A-list actor for the lead and will start approaching stars as soon as the final draft is ready.

Jigarthanda is a critically acclaimed musical gangster flick. It traces the life of an aspiring filmmaker who follows a real-life gangster in search of a solid story to make a gangster film. The film starring Siddharth, Bobby Simha and Lakhsmi Menon is reportedly one of the most technically brilliant films made in Tamil cinema and went on to win two National Film Awards. It was remade in Kannada with the same name in 2016 and is also being adapted in Telugu as Valmiki with Varun Tej. The Hindi version will be the third remake of this Karthik Subbaraj directorial.

Exclusive: Manisha Koirala-Adil Hussain to feature in an International