PeepingMoon.com’s sleuthing khabroo has just brought us a delicious little tidbit. It seems that Shakun Batra, that talented but reticent screenwriter and director, is ready with his next script. And he will be making this film with Karan Johar’s Dharma Productions again.

Shakun had earlier written and directed Ek Main Aur Ekk Tu (2012) and then Kapoor & Sons (2016) also for Dharma. The first film, a romantic comedy with Kareena Kapoor and Imran Khan, was moderately successful. But Kapoor & Sons, a family drama which had Siddharth Malhotra, Alia Bhatt and the Pakistani heartthrob Fawad Khan besides Rishi Kapoor, was widely acclaimed.Shakun got his break by assisting Abbas Tyrewala on Aamir Khan’s romcom Jaane Tu… Ya Jaane Na in 2008 which was Imran Khan’s debut film. After that, he assisted Abhishek Kapoor on Excel Entertainment’s musical drama Rock On!! in the same year. 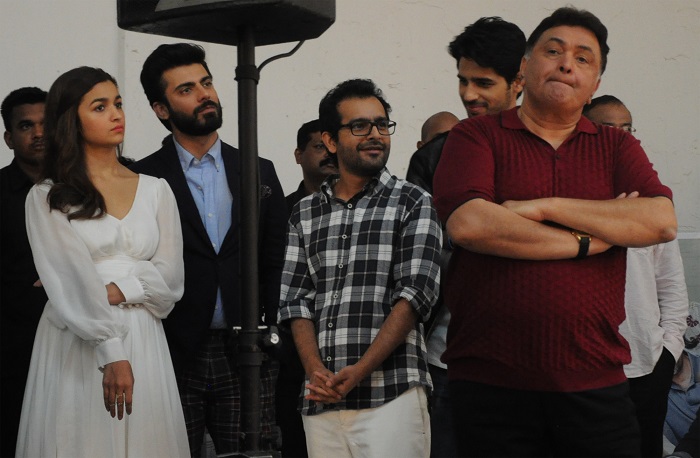 Shakun Batra on the sets of Kapoor & Sons

Happy with his work, Excel repeated Shakun when it was making the Shah Rukh Khan action-thriller Don in 2011 and got him to assist Farhan Akhtar then. After that, Shakun came into his own as a screenwriter and director. Now he’s ready with a new script. Nothing much is known about this imminent film that Dharma will be producing except that Shakun has promised it will have great roles for all its actors. He’s beginning casting for it in August.

Exclusive: They didn’t understand the sarcasm behind the words: Abhi

Exclusive: Why bring it up when something has become successful: Abhis