The last 48 hours have spelled magic for the Indian entertainment industry with Maharashtra CM Uddhav Thackeray announcing that the theatres and cinema halls will reopen in the state from October 22. In the wake of the announcement all the big films that have been eyeing a theatrical release announced the dates they will hit screens in the days to come. The announcement was made after Rohit Shetty, Dr Jayantilal Gada and other theatre chain owners met the CM and urged him to take the decision to reopen the cinema halls. Within an hour of the announcement, Rohit announced his much-anticipated biggie Sooryavanshi, starring Akshay Kumar and Katrina Kaif to release on Diwali leading the way for other film release announcements.

An online portal reported that Rohit’s initiative played an important role in reopening Maharashtra for the cinema business. The source told the portal, “While cinemas were open in most parts of India, merely 3 films released as Maharashtra, which contributes nearly 30% of revenue, was shut. Rohit Shetty’s Sooryavanshi was stuck since nearly 18 months and he took the initiative of having multiple talks with the government of Maharashtra, including the chief minister of Maharashtra, Uddhav Thackeray, for the last few weeks. The other stakeholders of the industry, including the multiplex owners and exhibitors, also made efforts. Then on Saturday, Rohit once again met Uddhav Thackeray. Thanks to him and others present at the meeting, Uddhav Thackeray agreed to reopen cinemas from October 22. Ultimately, the move will benefit not just Rohit Shetty as he’ll be able to release Sooryavanshi but the whole industry as some very important films has been waiting for a theatrical release for a long time.”

However, Rohit’s role does not end here as he will be having another meeting with Uddhav Thackeraty and will be persuading him to all the shows to run till midnight. The source said, “If cinemas are allowed to operate till 10:00 pm, then the last show will be held at 6:45 or 7:30 pm, depending on the film’s length. With the 50% occupancy rule expected to be in place when cinemas reopen, a night curfew can further hamper the business. Here’s hoping that Uddhav Thackeray allows theatres to have night shows, provided they take care of all the safety measures.” 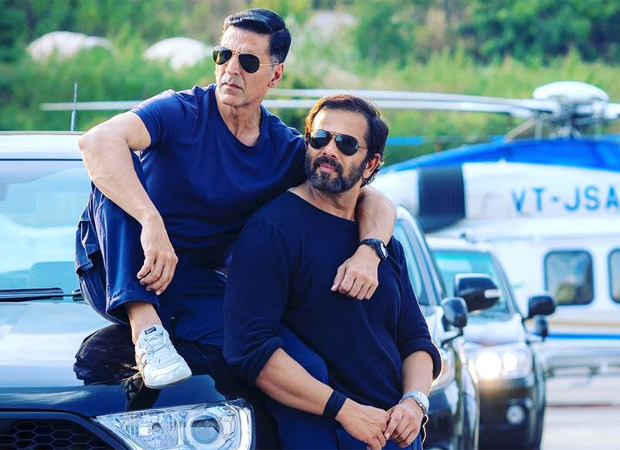 A trade expert also lavished praise on Rohit and said, “Rohit Shetty has garnered a lot of respect and awe from the police force and the government, thanks to his films like Singham. He’s also one of the top directors and hence, he was the right person to negotiate on behalf of the industry. And as expected, he has done his job very well.”