On Saturday, former Union Minister and Bharatiya Janata Party (BJP) MP from Asansol, Babul Supriyo announced his retirement from politics. The Bollywood singer turned politician announced his resignation as a Lok Sabha MP with a detailed note on Facebook. Mostly written in Bengali, Babul clarified that he is quitting politics forever and won't be joining any political party in West Bengal. In a note titled Alvida, Babul opened up about his surprise decision.

"Leaving, Goodbye. I spoke to my parents, wife, friends, and after listening to the advice, I am saying that I am leaving. I am not going to any other party - TMC, Congress, CPIM, nowhere. I am confirming that nobody has called me. I am going nowhere. I am a one-team player! I have always supported one team, #MohunBagan - Have been with only one party - BJP West Bengal. That's it!! Leaving," Babul wrote. 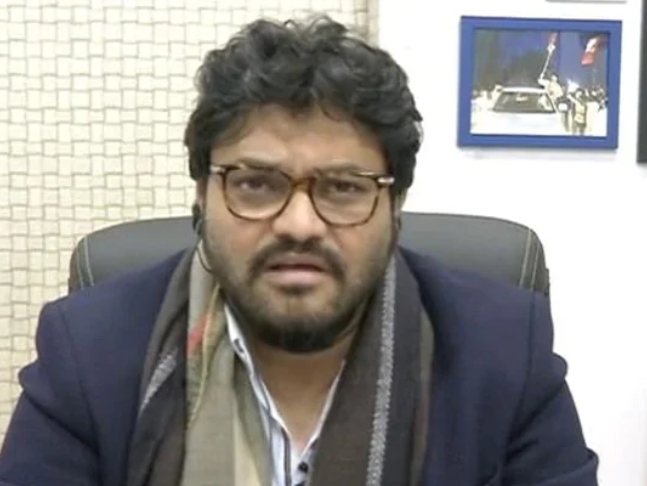 Recommended Read: Mukesh Bhatt says 'Sushant Singh Rajput was going the Parveen Babi way'; Babul Supriyo slams him for not 'helping out as a fatherly figure'

The singer turned politician added, "I have stayed for too long I have helped somebody, have disappointed someone...it is for the people to decide. If you want to do social work, you can do it without being in politics. Yes, I am resigning from the post of MP."

Clarifying the reason behind his decision, he wrote, "But I have to answer a question because it's pertinent! Question will arise why did I leave politics? Does he have anything to do with the departure of ministry? Yes, there is - some must-have! Don't want to worry so if she answers the question it will be correct-it will give me peace too."

He continued, "I was the only BJP leader who had won on a party ticket on its own back then (With due respect to Ahluwaliaji - GJM was BJP's ally in the Darjeeling seat), but today BJP is the main opposition party in Bengal. There are many new bright young leaders in the party today as well as many experienced leaders. The team led by them will go a long way from here. I have no hesitation in saying that it is clear that it is not a big deal to have an individual in the party today and to accept that fact would be the right decision."

A paragraph in his note read, "There were some issues with state leadership before the election - it may be but some of them were coming publicly. Somewhere I'm responsible for that (posted a Facebook post that falls into the level of party chaos) again somewhere else Leaders are also very responsible, though I don't want to go on who is responsible - but the party's disagreement and disagreement of senior leaders was harming, even in ' ground zero ', it was not helping the morale of party workers in any way. ' Rocket Science ' Knowledge is not required. At this moment it is totally unpredictable so I am moving away by giving infinite gratitude and love to the people of Asansol.

Babul, a popular Bollywood singer, was part of the Union Council of Ministers under Prime Minister Narendra Modi for the past seven years. The two-time MP from Asansol was dropped from the Union Cabinet last month as part of a major rejig.