Kartik Aaryan on Saturday posted a picture on Instagram and asked fans to caption it wrongly. The image shows Kartik with a face pack. Alongside the picture he wrote: "Wrong captions only."

Fans have some very funny things to say. One wrote: "When mom says ki cow dunk is good for your face and you apply it and then she tells its a prank," while another posted, "When parents say : Ladki wale dekhne aa rhe h."

Sophie Choudry wrote: "I was always into masks." 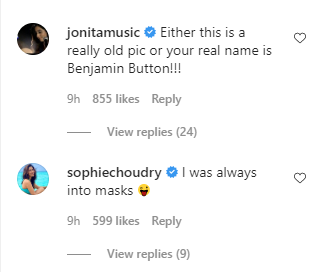 Kartik was recently in the news for his controversial exit from Karan Johar's upcoming production Dostana 2.