Advertisement
HomeBOLLYWOODENTERTAINMENT NEWSThere's always guilt, you have to live with it: Kabir Bedi on son Siddharth's death by suicide in his autobiography interview

Kabir Bedi turned author with his upcoming autobiography titled Stories I Must Tell: The Emotional Life Of An Actor. The actor has penned down anecdotes and shed light on the personal ups and downs in his life. The autobiography will be made available from April 19. Ahead of that, Kabir spoke to an entertainment portal about his personal life and incidents that are mentioned in the memoir. During the interview, the actor opened up about his son Siddharth's death by suicide. Siddharth took his life in 1997 when he was 25 years old.

Talking about his son, Kabir said, "Siddharth was a very brilliant young man. He was exceptional in his abilities, and then suddenly, one day, he couldn't think. We tried so hard to first figure out what was wrong, and for three years, we battled these unknown ghosts, and eventually, he had this extremely violent breakout in the streets of Montreal, and it took eight policemen to nail him down. And then, the doctors in Montreal finally diagnosed him as schizophrenic." 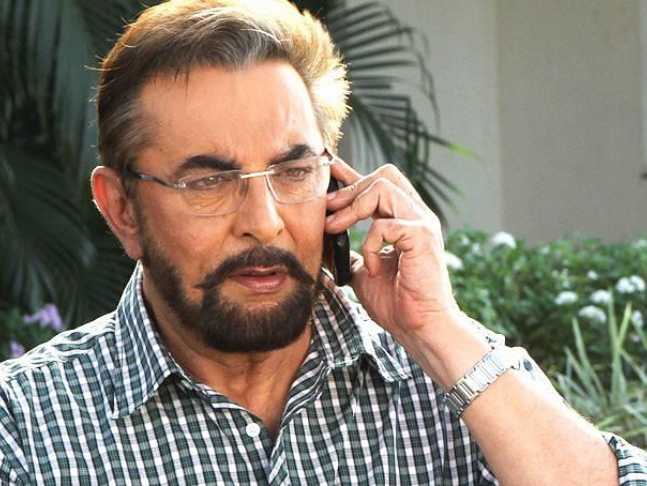 Recommended Read: Kabir Bedi unveils the cover of his forthcoming memoir ‘Stories I Must Tell: The Emotional Life of an Actor’ with Salman Khan

The actor further added, "He came to Los Angeles and I and we tried our best to battle this. In the end, it is a battle that I lost because he chose to go through suicide. He couldn't bear the world that schizophrenia gave him."

Kabir said that through the chapter on Siddharth, he wanted to discuss what families go through when a person is diagnosed with schizophrenia "because the person they are seeing is not the person they knew. He is more irrationally, uncontrollably, unpredictably. The family suffers as much as the person suffering. It is important for families to know about the person who is suffering is 'don't stop loving that person."

He shared, "The guilt one suffers when somebody in your family commits suicide is enormous, no matter how much you try. You always feel you could have done something to save that person's life. Why have you failed to convince him to live, why have you not tried to stop him in some way? There's always guilt and you have to live with that guilt as well. When something that traumatic happens, when your son commits suicide, the wound heals, but the scars will always remain. You learn to live with it because it's truly been an experience to go way. It will always remain there in some way."