In May 2020, writer-director Kartik Shetty released Hindi language short film Debut, which revolves around an aspiring model-actor contemplating suicide and how he’s brought back from the edge. Debut is a film that not only gives you a glimpse of what life is for an outsider/struggling actor in the industry, but it also addresses issues like depression, anxiety, and self-deprecation, which almost every other millennial/individual is facing in today's time Debut leaves you with a perspective and gives a message to all those who aren’t able to achieve their footing in the film industry 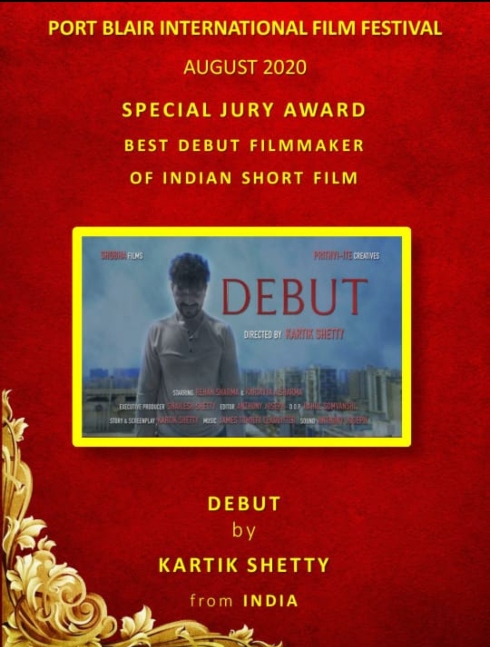 The film starred Rehan Sharma and Kartavya A Sharma.