Diet Sabya calls out the makers of 'KGF: Chapter 2' on finding Sanjay Dutt's much-awaited look similar to Ragnar from Vikings

The makers of the upcoming thriller KGF: Chapter 2 unveiled Sanjay Dutt's look on his 61st birthday (July 29). The actor who plays the role of the antagonist named Adheera, sent his fans into a zone of excitement with the poster. However, while people were raving about the look, Diet Sabya, the infamous anonymous Instagram handle didn't appreciate it much. Diet Sabya called out the makers for the similarity between KGF: Chapter 2's poster and Vikings' poster.

The poster that features Sanjay Dutt with a tattooed face and bearded look, reminded Diet Sabya of Ragnar Lothbrok from Vikings. On the other hand, clarifying the similarities, the makers, while unveiling the poster, shared that the character is 'inspired by the brutal ways of the Vikings'. 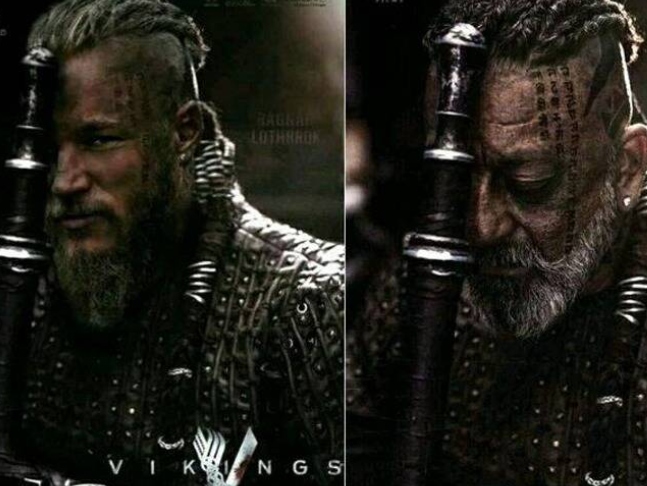 Vikings is a miniseries revolving around Ragnar Lothbrok, a legendary Norse hero and a farmer who rises up to become a fearless warrior and commander of the Viking tribes with the support of his equally ferocious family.

KGF: Chapter 2, apart from Sanjay, features Yash and Raveena Tandon in pivotal roles. It is directed by Prashanth Neel. The film is produced by Hombale Films and will be releasing in five languages that is Hindi, Kannada, Tamil, Telugu, and Malayalam. Produced by Vijay Kiragandur and directed by Prashant Neel, KGF: Chapter 2 is produced under the banners Hombale Films and Excel Entertainment.