A few days after the BMC sealed actress Rekha's bungalow in the Bandstand area of Mumbai, filmmaker Zoya Akhtar's house has also been sealed. Rekha's bungalow was sealed by BMC after a security guard tested positive for Coronavirus. Zoya's building is right next to it and has now been sealed as a precautionary measure. It is also been said that all staff members of Zoya's building were in constant touch with Rekha's staff.

"This area has been declared as 'Containment Area' as a resident is found positive in coronavirus test. The entry to this area is restricted and violation of rules is punishable," read a notice on Zoya's building.

Now PeepingMoon has learned that four of Zoya's staff members also tested COVID positive. According to BMC official, "The whole area has been declared as 'containment area' as a resident is found positive for Coronavirus. The entry to this area is restricted and violation of rules is punishable. Zoya's bungalow is next to Rekha’s bungalow and we have put a notice on her bungalow as well. All the members who visited her in the last 10 days are being tested including Zoya. Four of her staff which include her cook and security guard had some symptoms. So, all tested and the final report is awaited." 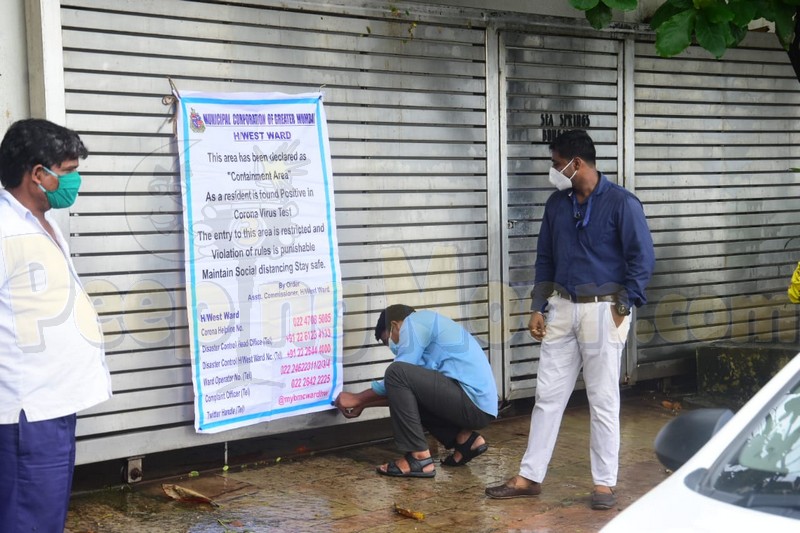 Recommended Read: Rekha to get herself tested for COVID on her own and submit the report to BMC?

After Rekha's staff, Sara Ali Khan's driver was affected by COVID-19. Earlier, Aamir Khan, Karan Johar and Boney Kapoor had also reported that members of their staff were tested positive for Coronavirus. On Saturday, legendary actor Amitabh Bachchan and son Abhishek were also tested positive for the novel virus along with Aishwarya Rai Bachchan and grand-daughter Aaradhya Bachchan.