Sushant Singh Rajput’s demise left everyone right from his family members to his fans to his industry colleagues in shock. However, his suicide stirred up a big controversy as well and brought the word ‘nepotism’ back in common parlance once again. Several celebs questioned the hypocrisy of Bollywood celebs as they are cashing in on Sushant’s demise and sharing emotional posts about him but when he needed them they did not stand by him.

Some even went as far as calling it a conspiracy against outsiders. Many top-notch A-listers like Karan Johar, Alia Bhatt, Sonam Kapoor have been targeted by netizens for not giving Sushant his due. However, some like Swara Bhasker and Ram Gopal Varma came out to voice their opinions and say that nepotism exist in every industry. Check out their tweets below. 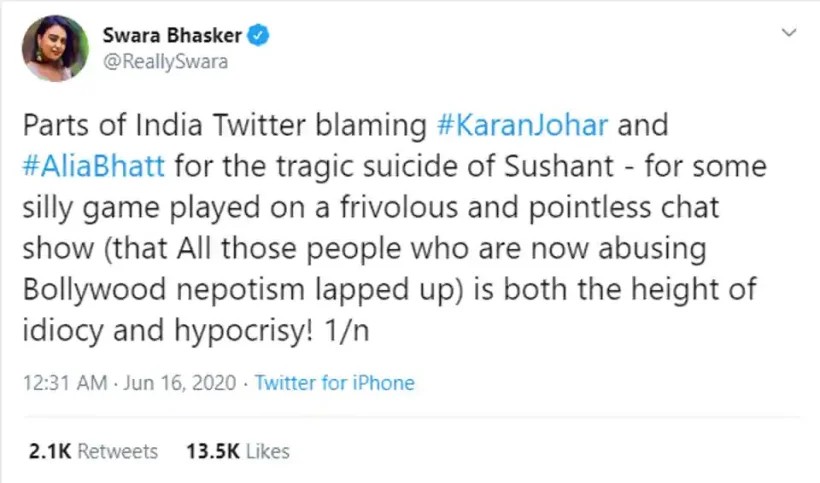 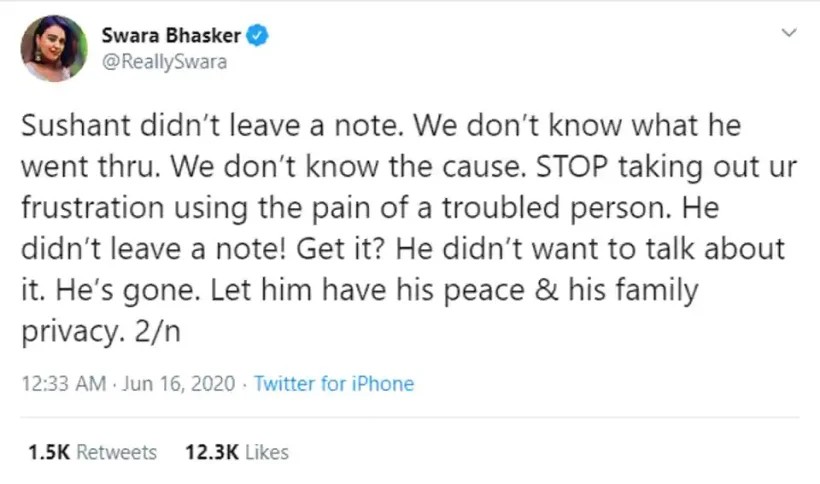 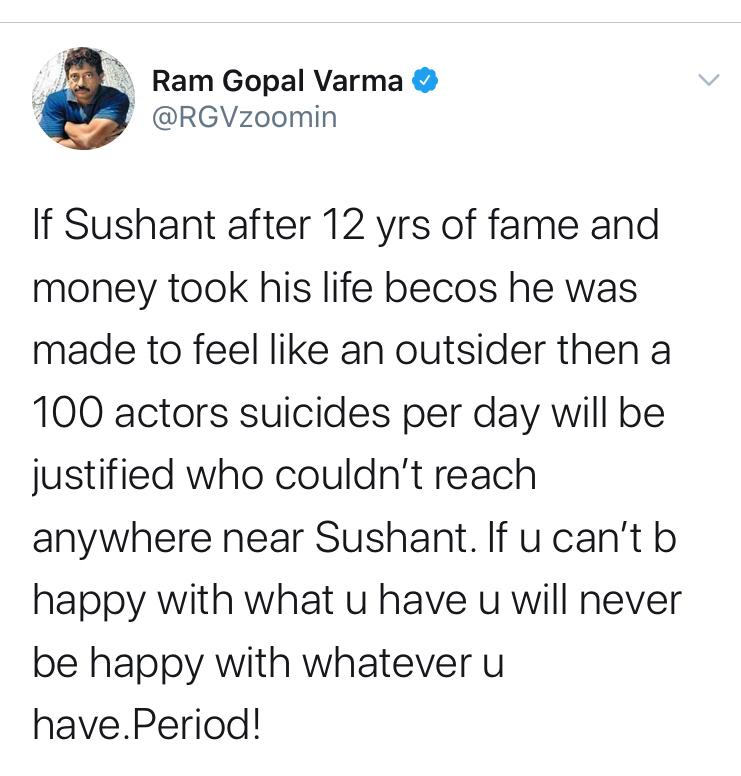 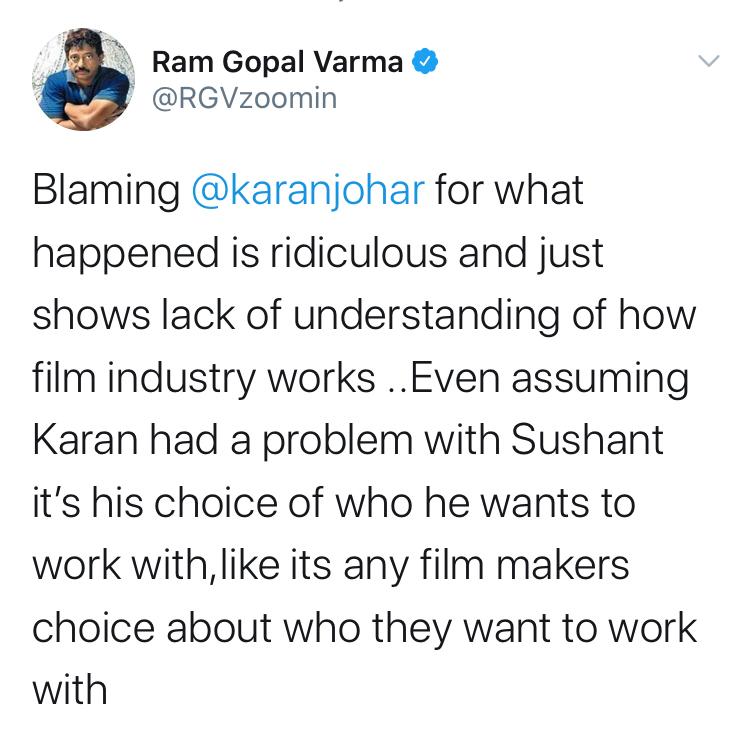 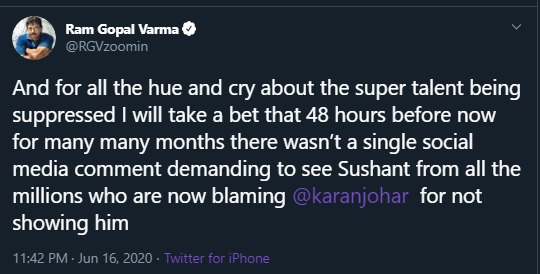 Sushant was reportedly under clinical depression for the past six months. He is survived by his father and his sisters.