Advertisement
HomeFeaturedRIP Sushant Singh Rajput: 'Sonchiriya', 'Detective Byomkesh Bakshy' to ‘Kai Po Che’, films through which the actor proved to be a stickler for perfection!

RIP Sushant Singh Rajput: 'Sonchiriya', 'Detective Byomkesh Bakshy' to ‘Kai Po Che’, films through which the actor proved to be a stickler for perfection!

Sushant Singh Rajput’s untimely demise left his friends, families and colleagues in deep shock. The ever-smiling, prolific dancer was one of the best acting talents we had among the younger generation of actors. His dedication and sincerity reflected in each and every frame and even if the film did not grab eyeballs at the box office, he always managed to walk away with applause for his performance.

Whether it was playing the lead in TV serial Pavitra Rishta or debuting with two other powerhouse performers- Rajkummar Rao and Amit Sadh in Kai Po Che, Sushant always managed to leave the audience and the critics impressed. When he took to the crease as MS Dhoni he looked and acted the part, and when he played a concerned and aggrieved father in his last film Chhichhore troubled over his son’s attempted suicide, he made sure that the audience will stand by him in the ward.

Here’s looking at his filmography (and best films) - which should have been longer, knowing his potential but was tragically cut short because of his death. 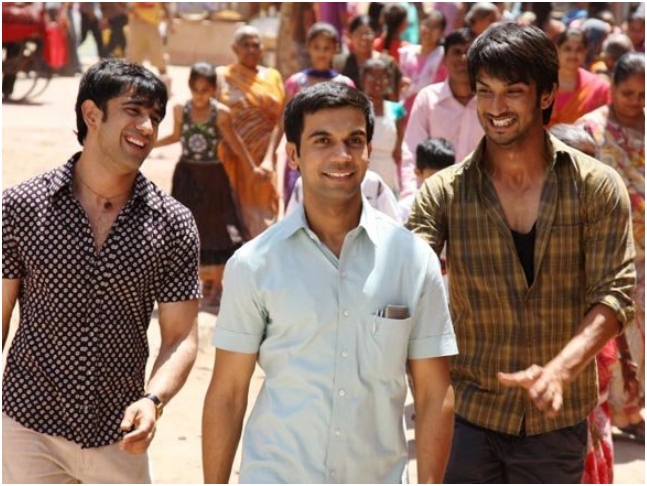 Kai Po Che was based on Chetan Bhagat’s book The Three Mistakes of My Life. It was Sushant’s Bollywood debut wherein he essayed the role of Ishaan, while Rajkummar Rao played Govind, and Amit Sadh played Omi. Playing a cricket lover and player, the three friends decide to open a cricket coaching academy plus a sports shop in Ahmedabad. Their merry life takes an ugly turn due to riots in Gujarat. His portrayal brought a lot of sensitivity to the film. Sushant’s acting was praised by critics and he even won a few nominations for Best Debut at various award events. Sushant lit up the screen as Raghu in this romcom with Parineeti Chopra (Gayatri) and Vaani Kapoor (Tara). He played the role a young guy who is unsure about setting down and is about to get married to Vaani. Succumbing to his dilemma he leaves her at the altar and falls for English teacher Parineeti who attends weddings as a baraati for added income. They hit it off as both are commitment-phobic and start living-in. However, things take a turn when Sushant's path crosses again with Vaani and he falls in love with her as well. The film portrayed a realistic picture of a generation who is not afraid of intimacy but generally balks at settling down. Sushant gained appreciation for his natural ease and confused demeanor in the film. 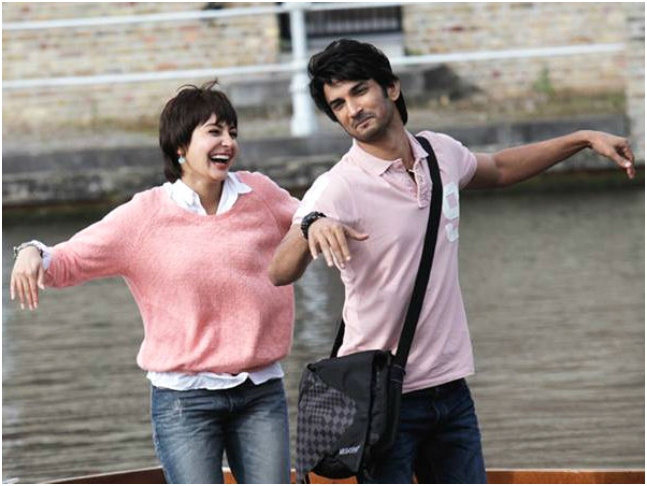 PK is generally known for being Anushka Sharma's and Aamir Khan's film. However, Sushant was the endearing third wheel in the Rajkumar Hirani directed film. Playing a Pakistani national in love with Anushka, Sushant stole many hearts for his impeccable performance. In the film that spoke about religion, rituals, and superstitions, Sushant's character brought a reprieve that was like a breath-of-fresh air when PK becomes too didactic. Taking on a fictional character that was already famous, not to mention having a cult following in Basu Chatterjee's TV serial Byomkesh Bakshi, played expertly by Rajit Kapoor, is no mean feat. Sushant played the fictional detective  Byomkesh Bakshi created by the Bengali writer Sharadindu Bandyopadhyay in the film Detective Byomkesh Bakshy! Set in Kolkata during the WWII era, Sushant looked, sounded, and enacted the dhoti-clad detective like a pro. The film did not get the box office roaring but Sushant earned a lot of praise for his performance. One of his finest works! MS Dhoni: The Untold Story will remain Sushant's magnum opus. He outdid himself in playing the role of Indian cricket team's most successful, and most revered captain Mahendra Singh Dhoni. Acing the helicopter shot, mimicking Dhoni's mannerisms as well as being the Captain Cool, Sushant outdid himself. The film chronicled the life of MS Dhoni right from his childhood and initial struggles to the Indian team's win at the 2011 Cricket World Cup. Sushant walked, talked, and played like Dhoni in the film and went to great pains to enact one of the greats on screen. He even took personal coaching from former cricketer Kiran More for wicketkeeping. A straight six! 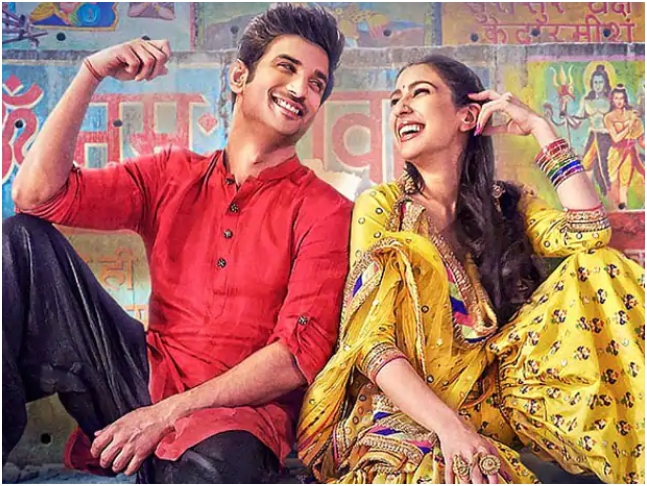 Kedarnath is probably one of the films that might have resonated a lot with Sushant on a personal level. Being an ardent devotee of Lord Shiva, he often used to share his mantras and shlokas on Instagram. In fact, in the list of 50 dreams that he had, he mentioned funding devotees to the pilgrimage. Playing the role of a Muslim pithoo Mansur, Sushant managed to effortlessly carry grown men and women in the film. He underwent a rigorous exercise regime to build stamina for the role and was the affable and endearing young man of the film for whom your heart roots for. The film was Sara Ali Khan's debut film and although she was talked about more giving her lineage and the filmi background she comes from, it was Sushant's portrayal that stayed with the audience after the film had ended. 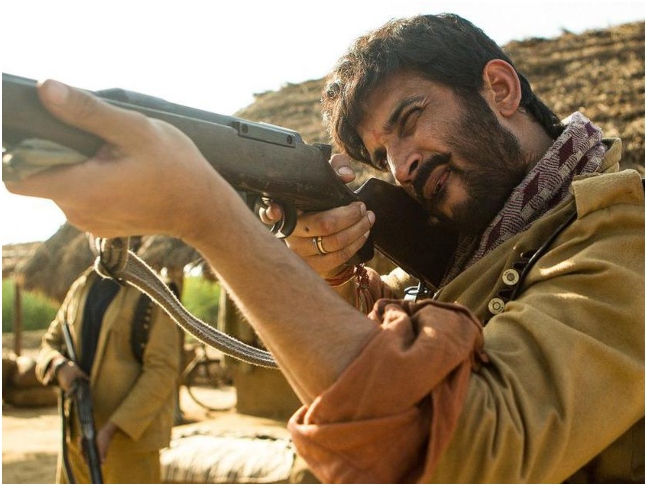 By now, we had it established that Sushant was an actor par-excellence so it goes without saying that he managed to shine bright in an ensemble cast film with heavyweights like Manoj Bajpayee, Ashutosh Rana and talents like Bhumi Pednekar and Ranvir Shorey. Sonchiriya is a dacoit drama that is based in the '70s during the Emergency era. Playing the character of Lakhna, Sushant was the trusted lieutenant of Manoj in the film. While the film did not do well at the box office but Sushant's performance was applauded by one and all. 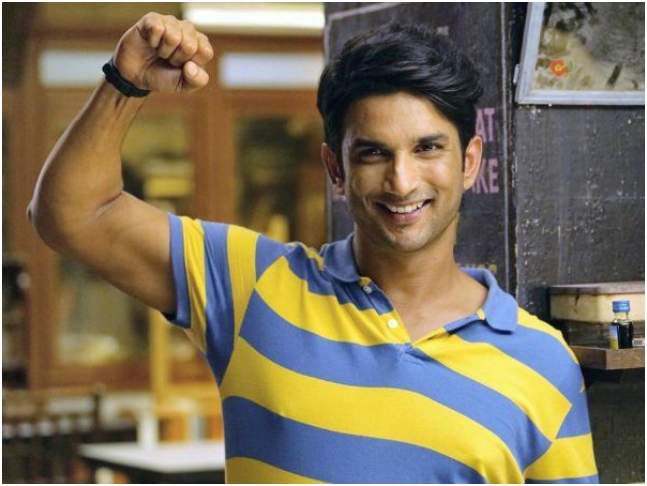 Nitesh Tiwari's directorial Chhichhore was one of the biggest sleeper hits of 2019. It's a campus comedy/romance at one level but tackles the serious problem of student suicide and ironically, it is Sushant's character that propagates the fact that every problem has a solution. Playing the character of Annirudh aka Anni, Sushant won hearts with his fresh-college looks and affable smile. The film has an ensemble cast and features Shraddha Kapoor, Varun Sharma, Tahir Raj Bhasin, Navin Polishetty, Saharsh Kumar Shukla, Tushar Pandey, and Prateik Babbar, but Sushant was the mainstay of the film. He played the role of a father who tries to rekindle hopes of living in his son after the latter tries an attempt at suicide. Sushant's caring and concerned dad avatar as well as the young happy-go-lucky but the mastermind Anni won plaudits all around.