Producers Guild of India has released the first draft of Standard Operating Procedures (SOPs) that are to be followed on a film set once the shoots resume. The Guild tweeted on Monday thanking Maharashtra CM for considering their request. "Thank you @CMOMaharashtra for considering requests from the Film & TV industry to resume work safely. In the link below are the Guild’s recommended SOPs, to be instituted whenever we are granted permission to resume production activities," the Guild tweeted. These guidelines have now formed the basis of two handbooks — a 12-pager for the producers, and a 14-pager for the cast and crew — that have been issued by the Producers' Guild.

Thank you @CMOMaharashtra for considering requests from the Film & TV industry to resume work safely. In the link below are the Guild’s recommended SOPs, to be instituted whenever we are granted permission to resume production activities.https://t.co/qTUvz1iKaM

Recommended Read: ‘Safety protocol for shooting yet to be formalized,’ says Producers Guild of India in a statement issued over resuming of shoots after lockdown

In the latest development, the Federation of Western India Cine Employees (FWICE), while welcoming the SOPs, has proposed 25 additional guidelines, with an emphasis on the welfare of the daily-wage workers. While the Producers' Guild has approved 18 of them, the remaining seven clauses will be discussed by the two bodies, in the presence of the members of Indian Film and Television Producers' Council (IFTPC), in a virtual meeting today.

BN Tiwari, president, FWICE, explained, "We believe every worker should have minimum security guarantee. So, we will be addressing vital points such as their shift hours, and their need for accommodation if they are reporting to a set. If a unit member tests positive for COVID-19, we will urge the concerned producer to bear the expense of his treatment in a private hospital." 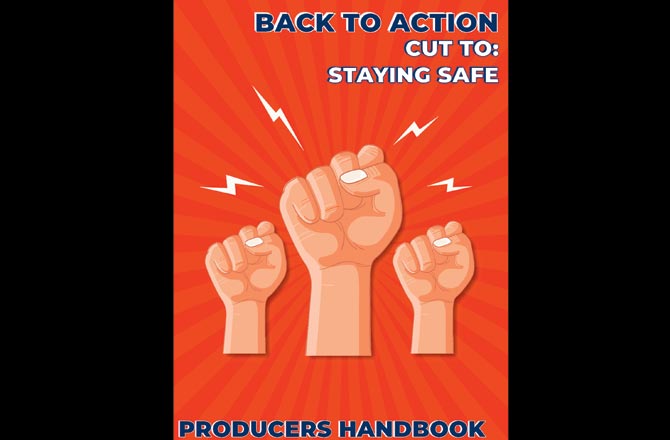 The Rules Under Discussion:

. No crew member to go home while the shoot is on; s/he must be put up in hotels.

. All previous dues to be cleared.

. Monthly payment to be cleared at the end of every month.

. Daily-wage workers' payments to be cleared on a daily basis, even if they are shooting in their city of residence.

. Unit members to work on an eight-hour shift. Work to be divided into two shifts a day.

. A unit member who tests positive for COVID-19 during the shoot or during his travel for shoot should be mandatorily provided treatment in a private hospital.