'We've never admitted that, so it's not true,' says Rhea Chakraborty on dating Sushant Singh Rajput

Sushant Singh Rajput and Rhea Chakraborty are in the limelight constantly, not just for their professional commitments but for a personal reason too. The actors who are rumoured to be dating each other, find themselves in the center of gossips every now and then. Despite several denials by Sushant, speculations fail to stop surfacing. Addressing the truth behind dating him, Rhea, during an interview with a leading daily, clarified that they are just friends. She said that she knows Sushant for the last eight years and their friendship has evolved over the years.

"Neither Sushant Singh Rajput nor I have ever admitted that, so it's not true. Sushant and I are really good friends. I've known him for eight years now. We were in YRF together and we had the same manager for a long period. Our friendship has evolved over the years. I love all my friends and I don't hide that. I am very public about my love for the people in my life, whether they are girls or boys," Rhea told. 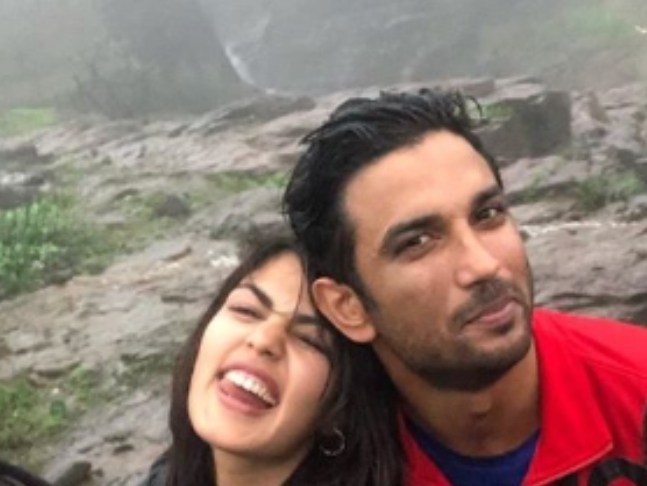 Recommended Read: Sushant Singh Rajput wants to take his relationship with Rhea Chakraborty forward, but is she ready?

In August last year, reports circulated all across that Sushant is willing to take his relationship with Rhea forward. However, it was then said that the actress wasn't ready for it. Earlier, when Sushant was quizzed about his relationship with Rhea, he said, "Right now, it’s not right to say. People shouldn’t start talking about things in a nascent stage as if they are very sure of it. Why to do that?"

According to PeepingMoon sources, Sushant and Rhea might share the screen space in a film directed by Rumi Jaffery and produced by Vashu Bhagnani. An official announcement on this is awaited.