'I auditioned for the role,' says Radhika Madan on rumours of replacing Sara Ali Khan in Irrfan's 'Angrezi Medium'

Radhika Madan, after making a mark for herself in television with the show Meri Aashiqui Tum Se Hi, stepped into films with Vishal Bhardwaj's Pataakha and emerged as an actress to watch out for. Now, the two-film old actress is gearing up for her upcoming film with Irrfan titled Angrezi Medium wherein she plays the role of his daughter Tarika Bansal who desires to pursue her higher education abroad. With the film hitting the theatres in the next 12 days, Radhika is keeping busy with back to back promotions. During one such interview, the actress spoke about the rumours of her replacing Sara Ali Khan in the film. For the unversed, back in 2019, reports suggested that Radhika got the daughter of Saif Ali Khan and Amrita Singh out the race. 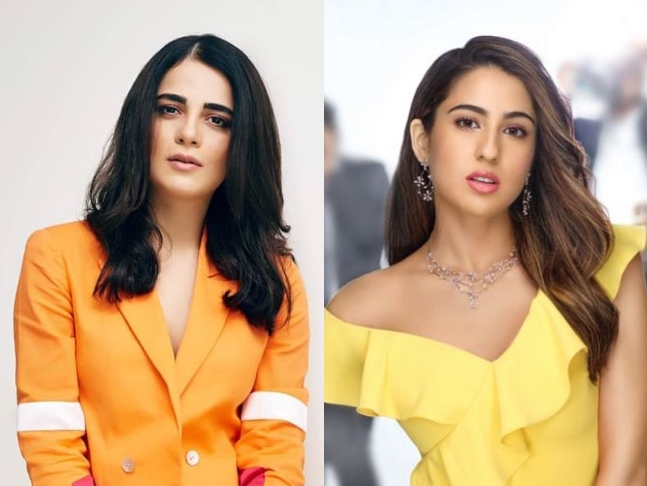 In the interview, Radhika revealed that she auditioned for two crucial scenes and hoped that the film lands in her kitty and viola! “I auditioned for the role, and begged to the universe that the film should come my way. I had to perform two scenes — one where I declare that I want to go to London, and another which is part of the climax. I guess my performance in the latter worked in my favour,” Radhika added.

Angrezi Medium which is a sequel to 2017 hit film Hindi Medium is being produced by Dinesh Vijan and it will also star Kareena Kapoor Khan as a cop named Naina. The other actors in Angrezi Medium include Pankaj Tripathi, Dimple Kapadia, Deepak Dobriyal, Myrah Dandekar, Poorvi Jain and Manu Rishi Chadha. Angrezi Medium is scheduled to release on March 13, 2020.