Advertisement
HomeBOLLYWOODENTERTAINMENT NEWS20 years ago, Bollywood’s new hero Hrithik Roshan used to stop by McDonald’s to pick up a burger!

20 years ago, Bollywood’s new hero Hrithik Roshan used to stop by McDonald’s to pick up a burger!

Hrithik Roshan, who completes 20 years in Bollywood today, did one of his first interviews with me. The year was 2000. He was 20 years younger, his debut film Kaho Na Pyaar Hai was just out, and he had an earnest, boy-next-door kind of appeal. Since he had no body of work in cinema to talk about, we discussed food, which was one of Hrithik’s big passions after working out. He was simple, almost ordinary, and down-to-earth. But he was already hot property.

The success of Kaho Na Pyaar Hai had not yet made him the most sought after man in Bollywood. He told me on his way home from the studios, he would call up McDonald’s on Linking Road in Bandra and order a burger. “Hi, I’m Hrithik,” he would say. And the takeaway counter knew that the order for a “burger without mayonnaise, without butter, without cheese, but with meat, lettuce and tomatoes” was coming up. They probably called it the Hrithik Roshan Burger. He would stop at McDonald’s and pick up his burger. Just like any other guy.

I met him at his JVPD Scheme home Kavita on the 11th Road. Hrithik was living with his parents, then. I was surprised that he could dare to make an appearance at a public place like McDonald’s where crazy fans might tear him apart. But Hrithik told me he is a big foodie. And foodies are known to go far for their favourite foods. Eyes twinkling, he said, “I love food, and I don’t mind saying that I live to eat.” I was keen to find out if he was into health foods and things like that. And whether, like Sylvester Stallone then, Hrithik too supplemented his diet with 66 tablets of vitamins, proteins and minerals.

Instead, Hrithik told me about his voracious appetite. And how, when he visited Nairobi, he tasted everything in a restaurant called ‘Carnivore’ from octopus and ostrich to zebra and alligator! Seeing my surprise, he hastily said: “Actually, the meal was absolutely mental torture. I tried everything for the sake of eating unusual foods, but just couldn’t go on. And Dad had ordered the food! He orders the craziest stuff on the menu, anyway. Even such things like duck and frogs legs. You should see Dad eat! He can eat any and everything under the sun.” 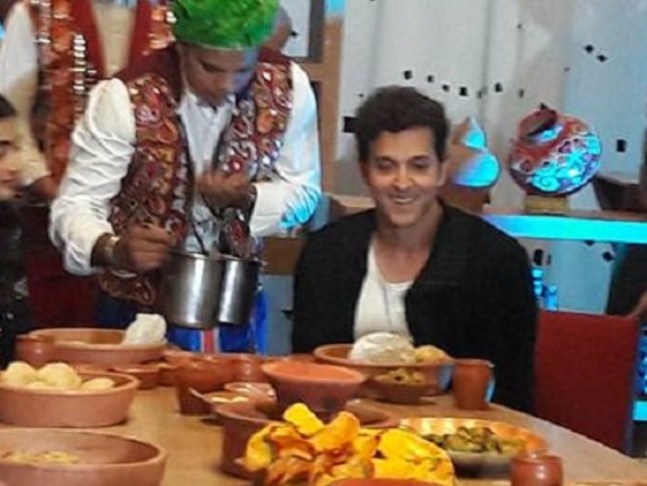 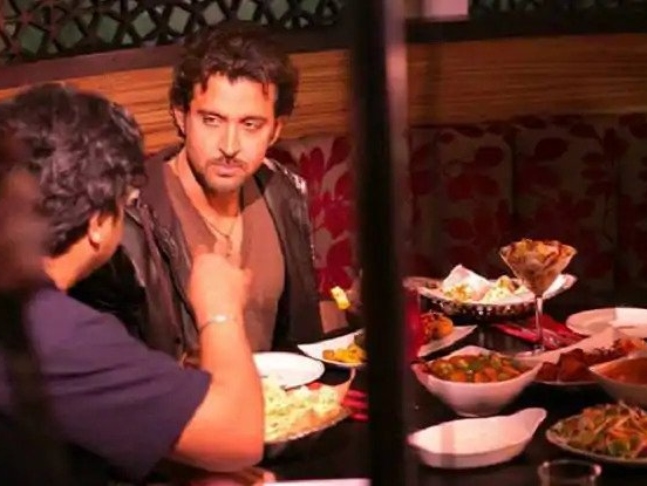 Rakesh Roshan, who was sitting with us and drinking black tea, appeared pleased to be described as an authority on crazy foods. I figured he was a bigger foodie than his son. Rubbing his bald head, Rakesh admitted with a slow smile, “True, I can, and have, eaten everything... but not monkey’s brains and dog!” Hrithik gave me a knowing look. He was shooting Fiza then. But he was at home that day. Dressed in slacks, a cut-off Tee and sandals. His muscles rippled with every movement. Even at spitting distance, he was a dreamboat. I could see why girls were crazy about him. We came back to discussing food. He said he loved all kinds of food but was particularly fond of Indian, Chinese and Italian cuisines. “Indian food, I cannot stay without,” he said passionately. “When I am travelling, after five or six days, I start missing the flavours of our curries, I start craving for our spices and masalas in everything I eat. I must have an Indian meal at least once a week. My body needs it.”

His body also needed the high-protein, high-carbohydrate drink Myoplex. “It supplies me with 40 gms of protein and 30 gms of carbohydrate, which is what my muscles want after a workout,” Hrithik explained. “I also take the vitamin pill Megamen twice a day. And Joint Fuel. Know what’s that? It is a combination of glucosamine and chondroitin. Never mind, never mind! I take it because it gives my joints stability. I’ve got the worst body in the world. It’s not proportionate. There’s not enough muscle. You should have seen me three years ago. I was really scrawny. I looked strange, man! Big paunch, chubby cheeks, puny arms and fat sides!” 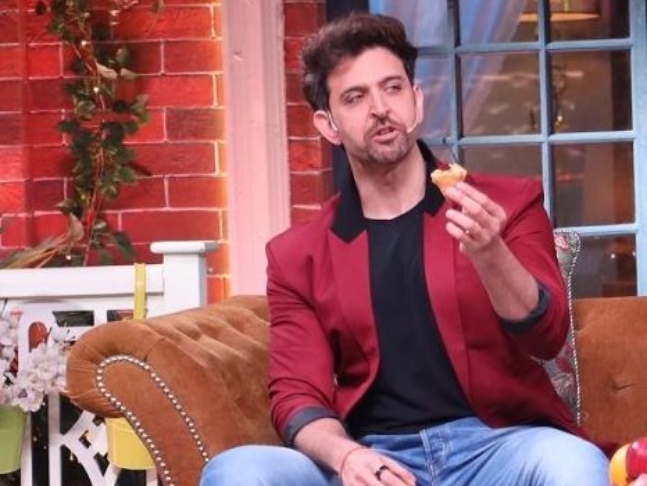 In Hrithik’s opinion, the actor with the most perfect physique was Sylvester Stallone. “The most proportionate,” he said. “But then, Stallone is a package deal. He’s lean and normal, but big and brawny too. The way he walks, the way he talks, the way he carries himself! You said he takes 66 pills a day to look like that? Must find out what he takes!” After Stallone, Hrithik named Salman Khan as the actor who he admires for his body. 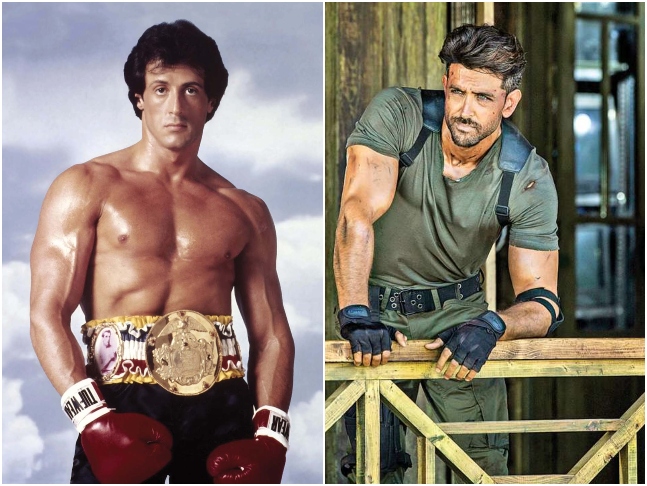 He described his exercise routine to me. His workouts were varied. “They are never the same,” Hrithik said. “I’m very instinctive. I don’t restrict myself to sets. All I need is an hour or so.” He pumped iron five days a week. Days six and seven, he took a break from working out and feasted! How, I asked, was he into partying, drinking and smoking? “Only on occasions,” Hrithik replied. “I drink red wine... because it’s good for the heart. And I smoke... also on occasions. It’s like going out for pizza.” What is, I asked curiously. “Drinking and smoking,” Hrithik said, confusing me. Why, I pressed for an answer. And Hrithik Roshan said, “Because I go out for pizza rarely. Maybe once a month. Get it?” Got it!

It's every citizen's responsibility to take care of our precious plane

Filmmakers in our country are literally de-valued, this industry is of