"I was always looking out for some material in this genre because it is a highly unutilized genre in our movies. Today in Hollywood, they are only surviving on all the superhero films, which are the big ones. So, I was always on the lookout and then when I read the story of Rakshak, I felt it is very timely with everything that is going on in our country be it lynching or rape. It is set right in the heart of India, in Delhi and NCR," Gupta told IANS when asked why he chose Rakshak. 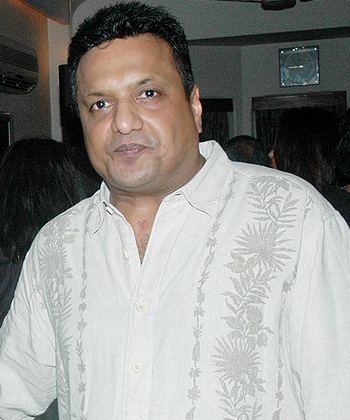 However, it is not actually the superhero but the villain who excited the filmmaker! "The character of Rakshak is very well written but what really attracted me to it is the character of the villain. In any of the superhero film, you will find the villain makes the superhero even more interesting. For example, Joker in the "Batman" movies or Thanos in the "Avengers" series. Similarly, in Rakshak, the villain's character is absolutely fantastic. It is something I have not really come across. I read pretty much everything that comes out of the West. I have not read anything so exciting from there in a long time. That really attracted me to make this into a film," he shared.

Which Bollywood star does the filmmaker have in mind for the role? He replied, "It is going to be a feature live-action film and we will be working with major stars. It's a very ambitious film and the budgets are high. We will need A-level names. However, it's too early to say which star we will be working with because we have just acquired the rights. Once the screenplay starts taking some shape, then we will think about who to cast."

Gupta added, "A lot of factors will go into deciding the lead, like the longevity of the actor, because he has to be a part of the franchise every two to three years." The filmmaker also revealed that he is planning to start shooting towards the end of next year.