Advertisement
HomeBOLLYWOODENTERTAINMENT NEWS‘Everybody has got a right to an opinion, but to react on it is in our control,’ says Kichcha Sudeep on the entire ‘Dabangg 3’ title track controversy

‘Everybody has got a right to an opinion, but to react on it is in our control,’ says Kichcha Sudeep on the entire ‘Dabangg 3’ title track controversy

The title track Hud Hud Dabangg from Salman Khan’s Dabangg 3 has garnered the ire of a certain section of the society who felt that dancers dancing in the garb of sadhus is demeaning and making a mockery of Hindu culture. A complaint has also been filed against the release of the film. Kichcha Sudeep who plays the antagonist in the film during an interview spoke about the issue.

When asked whether today the people have become more critical because of the high usage of social media, Sudeep said, “Everybody has got the right to raise their voice. If they’re on the platform, they’ll speak, if they’re paying for the ticket to watch your film, they will speak. It’s about how you take it. Each one has got a perspective. Each one has got the right to an opinion. Each one has got a right to react. If you ask me, I’m a person who will not react. If I’ve done something wrong, I’ll accept it. Maybe the way you (social media) said it, it’s a little bit harsh but it’s you (people on social media). Why should I react to your harshness? I’ll take what you said, if I find it sensible, I’ll take it but if I don’t find it sensible, I’ll not react. So, being nice and being polite is also within you (people on social media) but for what reason you’re trying to be harsh with us, we wouldn’t know.” 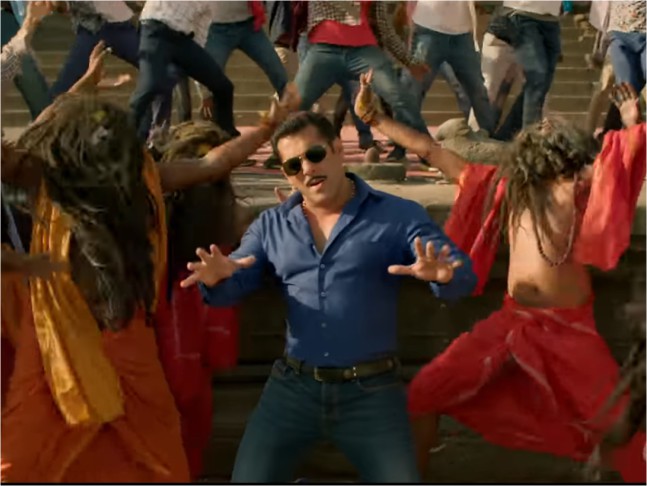 He further added, “When people on social media have so many choices of words, they choose certain words and that reflects their personality. It takes very minimal time to type and start a war. I’m sure if there would have been a mistake, the team would have learned but if there’s no mistake, the team would have been aware of what they’re doing. I think we should not react to this because it has nothing to do with us. I’m sure they (the makers) are in this industry for many more years than us so they know what they’re doing.”

Dabangg 3 is directed by Prabhudheva and also stars Sonakshi Sinha, Arbaaz Khan and Saiee Manjrekar in pivotal roles. The film is slated to release on December 20.