Prabhudheva's Dabangg 3 starring Salman Khan, Sonakshi Sinha and debutante Saiee Manjrekar has landed in trouble with netizens, as several fans have taken offence against a specific scene depicted in the title track - Hud Hud Dabangg. The song features Salman dancing with Sadhus near the Narmada river. While earlier the Hindu Janajagruti Samiti had asked the Central Board of Film Certification to refuse the certification of the film, this controversy has now erupted into a Twitter trend.

Social media users have started opposing the film by trending #BoycottDabangg3, voicing their opinion as to how the film is hurting religious sentiments of Hindus. Shot on the Ghats of Ahilya Fort in Maheshwar with more than 500 background dancers, Hud Hud Dabangg gives an insight into the larger-than-life, bold and even more daring nature of Chulbul, which was never seen before. The song has been choreographed by Shabina Khan, composed by Sajid-Wajid, lyrics are written by Jaleees Sherwani and Danish Sabri. Divya Kumar, Shabab Sabri and Sajid are the singers. 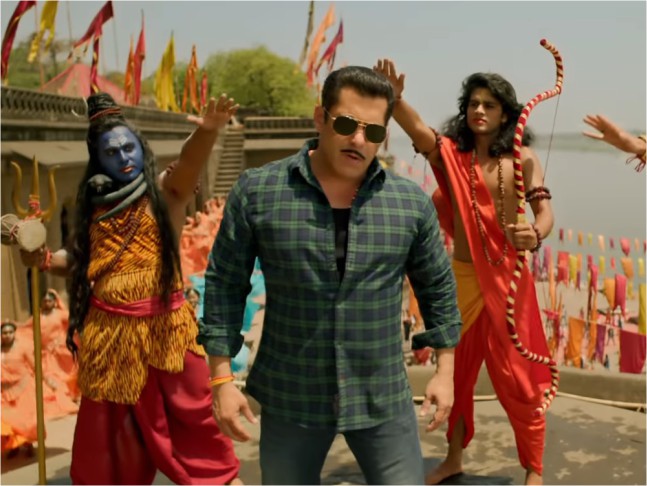 #BoycottDabangg3
HJS demands Censor Board to refuse Certification to film ‘Dabangg 3’Would have the film makers dare to show Christian priests or Maulvis dancing like this ? – Editor, Hindujagruti pic.twitter.com/YHwn8Rpika

But since it's our very own Bhai Jaan, supporters are there to protect his film too. Fans of the actor are trending #AwaitingDabangg3 on Twitter as well.

They trended BoycottBajrangiBhaijaan, it crossed 300cr.

They trended BoycottTigerZindaHai, it became his highest Grosser.

They even trended BoycottSalmanKhan, well, he is the biggest star the nation has ever seen.#AwaitingDabangg3 pic.twitter.com/eDT9fenF1f