A second male lead to be roped in as Ranbir Kapoor's father in Ayan Mukerji's 'Brahmastra' sequel?

Ayan Mukerji's upcoming mythological fantasy drama Brahmastra is amongst the highly awaited films of 2020. With real lovebirds and powerhouses of Ranbir Kapoor and Alia Bhatt sharing the screen space for the first time, the buzz surrounding the project is naturally high. While the team of Brahmastra is yet to shoot for an important song in Varanasi, which will mark the film's wrap, reports regarding the sequel are already doing the rounds. Brahmastra, for the unversed, is a trilogy and will focus primarily on the journey of Shiva played by Ranbir.

As per the rumours that are circulating across, Ayan is on a hunt for a second lead for the sequel. The parallel lead opposite Ranbir is said to be playing the role of his father and will be accounting for a major part of flashback sequences. Furthermore, reports suggested that Amitabh Bachchan, who will be seen as Ranbir's guru in the first part, will not join the team for the sequel. Shah Rukh Khan, who has an important cameo in Brahmastra, will also not continue in the next version. The buzz now has it that Ayan and the makers will be announcing the name of the actor for the said role soon. 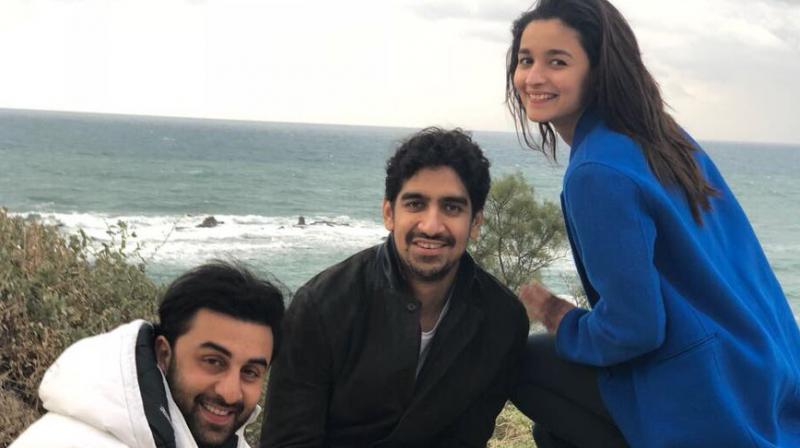 Talking about Brahmastra, Ranbir, Alia, Amitabh and Shah Rukh are shooting for a larger than life climax in Manali. The lead actors-Ranbir and Alia will be returning to Varanasi to shoot for a song that was left incomplete earlier this year owing to the latter's ill health.

Brahmastra, apart from Ranbir, Alia, Amitabh and Shah Rukh, features Mouni Roy, Saurav Gurjar, Nagararjun and Dimple Kapadia in important roles. The film was earlier slated to release in December this year, but owing to post-production VFX work, it got pushed to Summer 2020. Brahmastra, produced by Karan Johar under his banner Dharma Productions, will be extensively shot in Mumbai, Varanasi and Manali. The logo of the film was unveiled at the Kumbh Mela earlier this year with grandeur.