Ayan Mukerji's upcoming directorial, Brahmastra starring Alia Bhatt and Ranbir Kapoor in the central roles is undoubtedly one of the highly awaited films of 2020. The film that revolves around a mythological tale of Shiva who can emit fire from his hands has had avid cinema watchers excited to watch the fantasy drama on the silver screen. After having shot for Brahmastra extensively across the nation and on International land, the team including Ranbir- Alia and the main antagonists played by Mouni Roy and Saurav Gurjar travelled to Manali to reportedly shoot for a larger than life climax. Now, in the latest development, Amitabh Bachchan, who is in the role of Shiva(Ranbir)'s Guru, has joined the cast in the resort city. Amitj, who was on a complete rest after a recent health scare, got back on the sets for the 15-day-long schedule, reported a leading daily. According to sources close to the film, post-shooting for Brahmastra in Manali, he will be heading to a foreign location. The source added that considering the climax to be larger-than-life and all things grand, the schedule requires a certain amount of preparation before it goes on floors

“Amitji is in Manali, for the next few days before he moves to another shoot in a foreign location in early December. The film’s antagonists, Mouni Roy and Saurav Gurjar, too, will be a part of this schedule, that requires some amount of prep before the camera rolls,” the source told the leading daily. 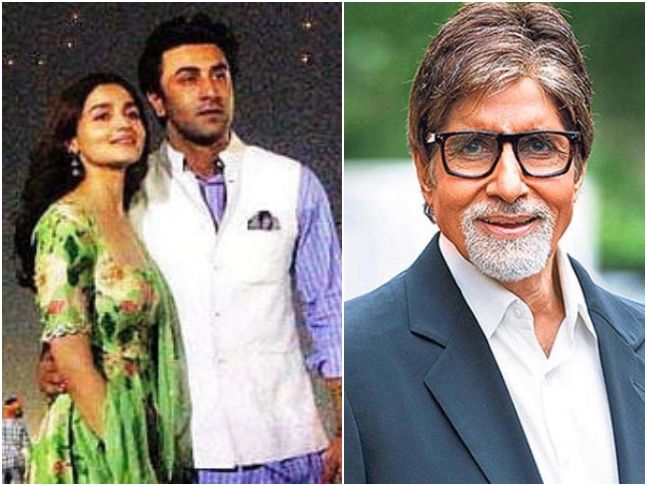 Recommended Read: Nagarjuna to portray the role of an archaeologist in Ranbir Kapoor and Alia Bhatt starrer ,Brahmastra,?

Alia and Ranbir, who play the role of Isha and Shiva respectively, will return to Varanasi for a song shoot which remained incomplete owing to the former's ill health back in June. The source close to the film informed the daily that the song holds a special importance to the narrative as all the characters unite in the temple city. “This song is an important part of the narrative and since they couldn’t shoot in June, they will have to return to the Temple City to complete it,” the source added.

Brahmastra, apart from Ranbir, Alia, Amitabh, Mouni and Saurav, features Nagararjun and Dimple Kapadia in important roles. Shah Rukh Khan is said to be a part of the film in an important cameo and has shot for the same at a studio in Mumbai before the cast headed for their Manali schedule.  Brahmastra, produced by Karan Johar under his banner Dharma Productions, will be extensively shot in London, Bulgaria, Scotland, New York, Mumbai, Varanasi and Manali. The film is touted to release during Summer 2020.