Actor Akshay Kumar, who is gearing up for the release of Housefull 4, has said that he would love to bring all the primary actors from the earlier parts of the franchise in one film.

"Nadiad (producer Sajid Nadiadwala) and I were thinking that we should make one film where we bring back all the actors of past Housefull films together. I feel it will be our own version of Avengers but it will be a comedy Avengers!" said Akshay, while interacting with the media at the trailer launch of Housefull 4 along with co-actors Bobby Deol, Riteish Deshmukh, Kriti Sanon, Pooja Hegde, Kriti Kharbanda and Chunky Panday, besides the film's director Farhad Samji and producer Sajid Nadiadwala on Friday. 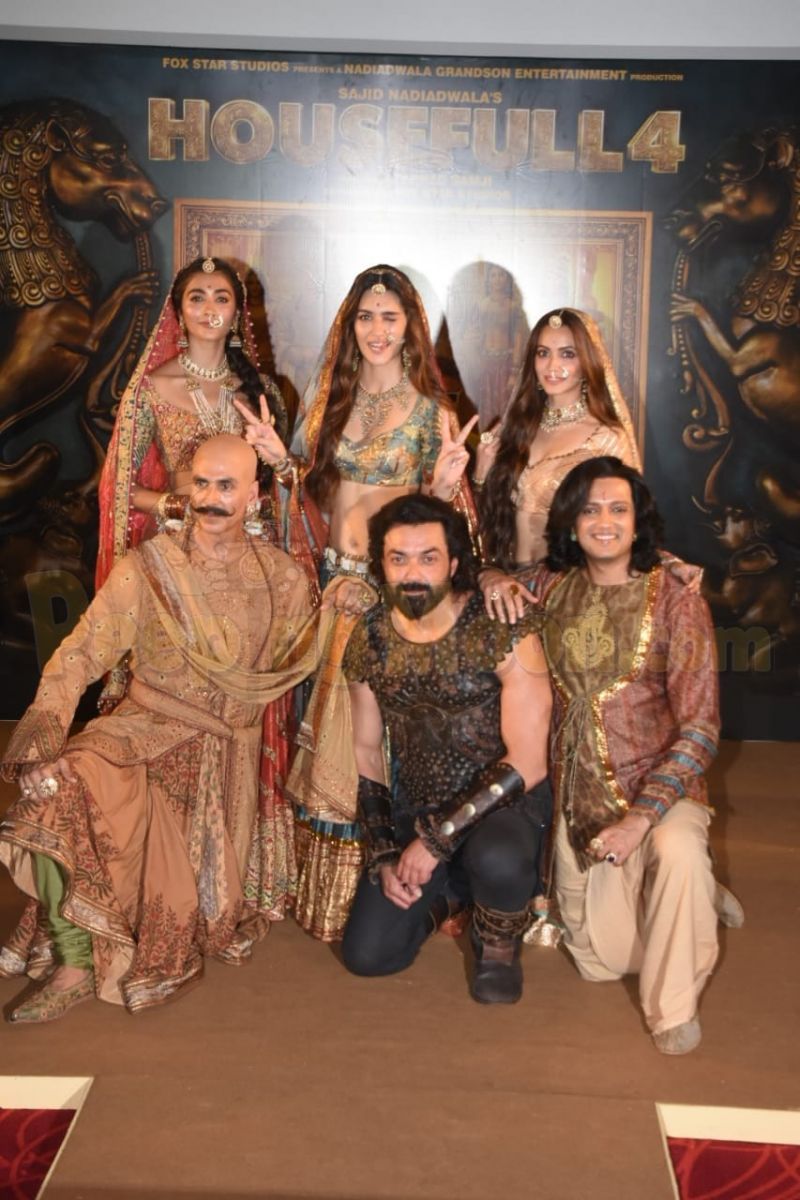 Recommended Read: It's not about quantity, it's about the quality: Kriti Sanon, Pooja Hegde and Kriti Kharbanda on starring in an ensemble comedy film, Housefull 4

So far, stars such as Deepika Padukone, John Abraham, Abhishek Bachchan, Jacqueline Fernandez, Asin and Arjun Rampal have been associated with the Housefull franchise. Akshay apart, only Riteish and Chunky have been repeated in subsequent films of the series.

Asked how difficult it is to make such a big-budget film with an ensemble cast, Akshay said,"It takes a huge heart to make such a huge film, and I feel Fox Star Studios and Sajid Nadiadwala have been able to do that. There are many problems when you make such films. It is difficult to get so many actors in one film but if all artists and technicians work with unity then it isn't difficult. We completed shooting of the film about eight to nine months back, but it takes time to work on VFX. Otherwise, we completed this film within a schedule of 60 to 70 days -- which I feel is really less a time period as compared to other films."