Vidya Balan shares her first look as 'Human Computer' Shakuntala Devi from her biopic, film to go on floors today

Vidya Balan is undoubtedly among the best actresses of Bollywood and there ain't a denial. Be it the role of a space scientist in Mission Mangal or a housewife working at a radio station in Tumhari Sulu, she is a master of her craft. And now, as she is riding high on the success of Mission Mangal, Vidya is all set to start the shoot of her upcoming biopic on math wizard Shakuntala Devi. As shoot of the biopic started on Monday, Vidya shared her first look from the film on her Instagram account.

Unveiling her look as 'Human-Computer' Shakuntala Devi, Vidya shared a video, giving a hint at the story of the film. Speaking of her character look, the actress is nothing short than a mirror reflection of Shakuntala. Sporting a bob cut with a bindi and saree, Vidya nailed the look with effortless ease. "She was extraordinary, in every sense of the word! Know the story of the child prodigy & the human computer," Vidya wrote while sharing her look. 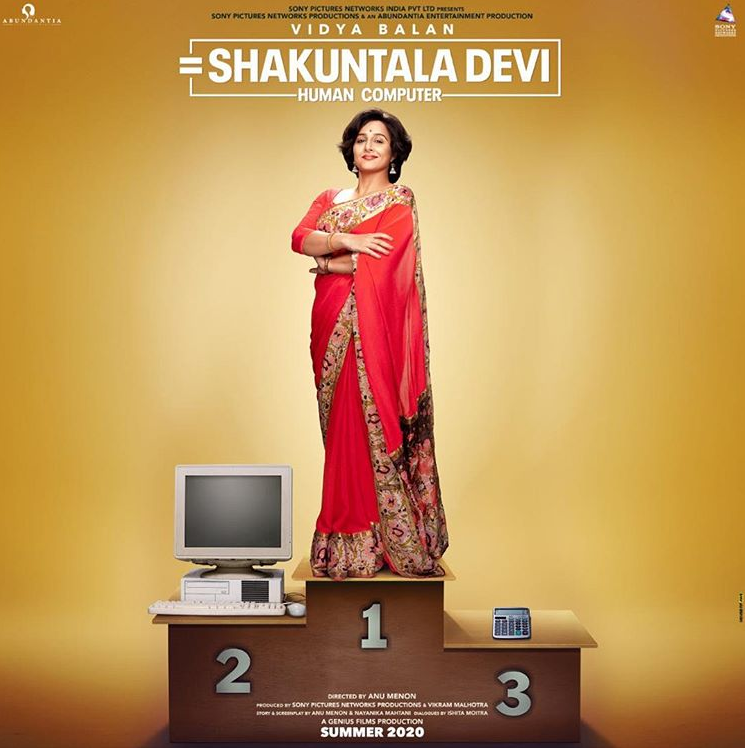 Recommended Read: 'Curly bob and my classic South Indian face is perfect for the part': Vidya Balan on her look in Shakuntala Devi biopic

Speaking of Shakuntala Devi, her genius was first discovered at the age of five when she apparently solved a mathematical problem designed for 18-year-old students. Born in Karnataka, she never received any formal education, but her talent for numbers earned her a place in the 1982 edition of the Guinness Book of World Records. Apart from a mathematician, she was an astrologer, cookbook author and a novelist. She travelled the world demonstrating her mathematical ideas -- at colleges, in theatres, on radio and on television. She also penned the book The World Of Homosexuals.

Directed and co-written by Anu Menon, the film is produced by Vikram Malhotra. It is scheduled for a Summer 2020 release.