Advertisement
HomeBOLLYWOODENTERTAINMENT NEWS'Curly bob and my classic South Indian face is perfect for the part': Vidya Balan on her look in Shakuntala Devi biopic

'Curly bob and my classic South Indian face is perfect for the part': Vidya Balan on her look in Shakuntala Devi biopic

It is known to all that Vidya Balan is playing the lead role in a film on mathematics genius Shakuntala Devi, who earned the moniker of 'human computer' for her ability to make swift calculations. Set for a summer 2020 release, the film is to be directed by Anu Menon of London, Paris, New York and Four More Shots Please! fame, and produced by Vikram Malhotra-led Abundantia Entertainment. Interestingly, Vidya's look test at a film studio, where the actress was spotted wearing a light brown saree paired with black blouse and a hair-wig, recently went viral on social media.

Now days after it, Vidya spoke about her onscreen avatar for the film and told a leading daily, "I will get a bob to look the part. So the curly bob and my classic South Indian face is a good match for the part." In fact, she claimed to be happy to have found another powerful role that does justice to her acting prowess. Last but not the least, Vidya asserted that the biopic discover the woman behind the number cruncher. "I always liked math, but that isn't a pre-requisite here. What drew me to the subject was her magnetic personality and the life that she led. I am playing her from her early 20s till the fag end of her career," she signed off by saying. 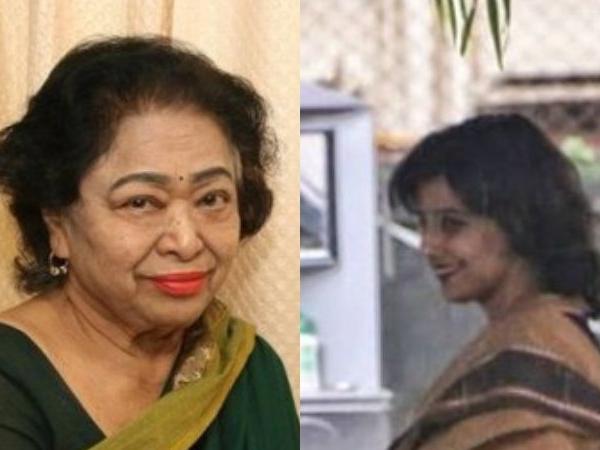 For the unversed, Shakuntala's genius was first discovered at the age of 5, when she solved a math problem meant for 18-year-old students. Though she never received any formal education, her talent for numbers also earned her a place in the 1982 edition of the Guinness Book of World Records.  Aside from her love for mathematics, she was an astrologer, cookbook author and a novelist. She travelled the world demonstrating her mathematical ideas -- at colleges, in theatres, on radio and on television. She also penned the book The World Of Homosexuals.

The film on her is written by Anu along with Nayanika Mahtani, and the dialogue will be penned by Ishita Moitra. It is scheduled to go on floors later this year.