Akshaye Khanna's upcoming film Section 375 is based on Section 375 of the Indian Penal Code. While Richa Chadha plays a public prosecutor fighting to get justice for her client, who claims she was raped by a filmmaker (played by Rahul Bhatt), who is defended by Akshaye's character in court. Ahead of the release of the courtroom drama on September 13, the film has landed intro trouble as a Pune-based advocate had filed a petition with the court, claiming that the teasers and promos of the film released on social media a week ago wrongly portrays the procedure of section 164 of the Criminal Procedure Code (CrPC). As per him, the promo is a complete misinterpretation of the court procedure, as reported by a leading daily.

The petition has led the Pune civil court to issue summons on Monday to Akshaye, resident of Malabar Hill in Mumbai, apart from producers Kumar Mangal Pathak and Abhishek Mangal Pathak, both residents of Lokhandwala Complex in Andheri, Mumbai. According to the report, the petition claims that "there are a few scenes in the film where advocates are seen taking cross-statements of a rape survivor and openly asking her vulgar and objectionable questions in the courtroom. The petition goes on to say that such scenes will create adverse impact in rea-life rape survivors who will refrain from lodging FIRs out of fear and ambiguity. Such cross-statements are never recorded in an open court but only ‘in-camera’"

Advocate Wajed Khan Bidkar and another student Amarjeet Mhaske filed the petition, thereby demanding a stay on the film. Hence, Akshaye and the producers will have to appear before the court on September 9 after the summons from RH Nathani, joint civil judge (senior division). 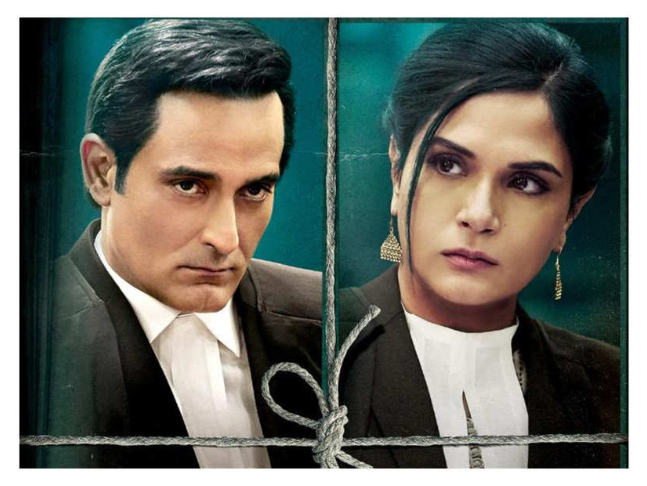 RECOMMENDED READ: Meera Chopra as sexual assault victim Anjali Dangle puts forth a brave face in a battle to get justice in the first look poster from 'Section 375'

Meanwhile, talking about his petition, advocate Wajed told the daily, “The film is also maligning the image of legal professionals and their vocation. The scenes, including cops taking the statement of the rape survivor inside the police station and recording crossstatement inside the courtroom, are far removed from facts. This will send a totally wrong message to those who have gone through such a harrowing experience in real life. Such faulty portrayals will demoralise rape survivors willing to fight the tough fight," adding, “The title of the film is also objectionable as it misuses an IPC section to earn profit."

Section 375 is helmed by Ajay Bahl and with the latest development, the fate of the film is yet to be known.