National Award winning actress' sister has accused actor Aditya Pancholi of extorting money from them. She revealed on Twitter that a case of assault that the actress filed against Pancholi way back in 2007 has been revived now in retaliation for ‘everyday cases from him and his wife’. In a series of tweets, the actress' sister alleged that Pancholi had billed her sister Rs 1 crore for grocery expenses when she was homeless for three months during the early days of her acting career. The actress' sister also alleged that he asked for more money later and sent her a ‘message of extortion’ in 2016. She claimed that Pancholi and his wife Zarina Wahab are ‘finding a lot of strength in the fact that the actress is very busy’.

A few days back the actress and her sister received a summons from a Mumbai court in four separate defamation cases filed by Pancholi and Zarina. Yesterday he was booked for a rape complaint filed by an actress. He claims he is being ‘falsely implicated’ in the rape case. Check out the actress' sister's tweets below. 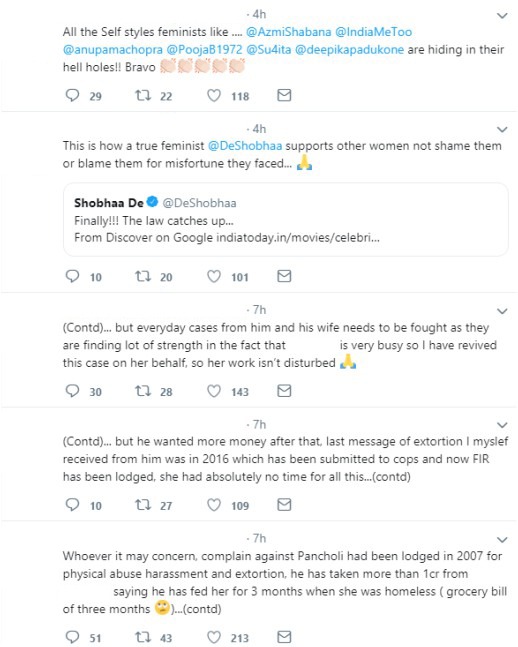 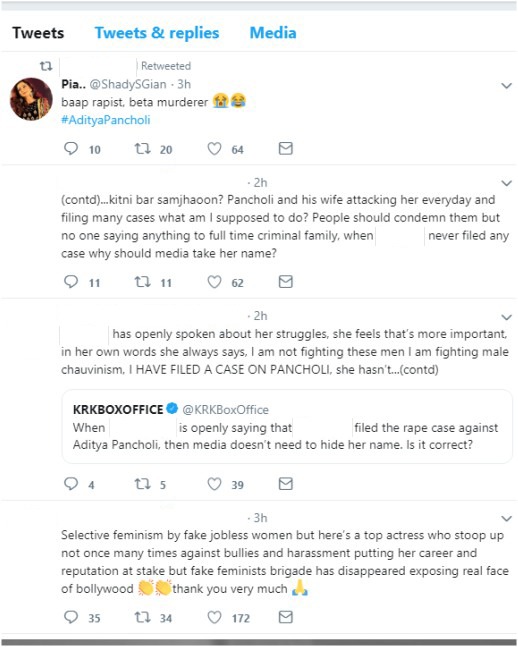 The leading actress had claimed that she reached out to Wahab for help during the alleged assault. On the other hand, Wahab defended her husband Pancholi and said, “You can't be in a relationship with someone for years and then suddenly accuse him of rape just because the relationship has ended, or because the other person has moved on. It's just not right... I know what has happened in the past. He has done no wrong."