It is difficult to justify male violence in this day and age. Cinema, when curated for an inherently modern and globalised world, is held to a less regional and more international standard of political correctness. So at one point when Kabir Singh (Shahid Kapoor) slaps Preeti (Kiara Advani), you immediately realise that the hero is beyond redemption and unworthy of love. Only a spineless, hapless woman would want to be with him after that. So the main question becomes: does this film justify or romanticise the toxic, violent, alpha male who has no business being in front and centre of a powerful tale? Thankfully, the answer is no.

Kabir Singh, directed by Sandeep Reddy Vanga, is the Hindi remake of Vanga’s earlier Telugu film, Arjun Reddy, starring Vijay Deverakonda and Shalini Pandey. The movie is deeply stylised, has plenty of interesting segues and the action sequences are humanised and brutal at the same time. While it is beautified for the big screen with a thumping background score and plenty of slo-mos, it doesn’t, at any point, glorify the lead character. Quite on the contrary, it tells you the tale of his descent into madness. 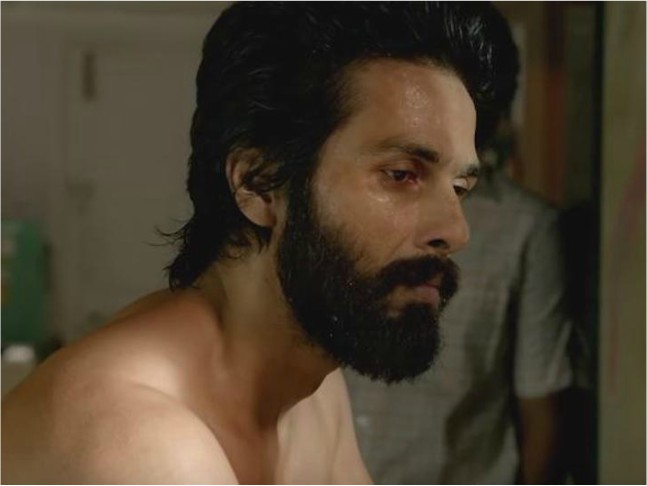 Shahid Kapoor in a still from Kabir Singh

Recommended Read: 'Nobody else had the guts to play these characters,' says Shahid Kapoor on his intense roles in ‘Kaminey’, ‘Haider’ and ‘Udta Punjab’

Shahid understands this zone perfectly. In his previous performances as the drugged rockstar Tommy Singh in Udta Punjab and as Haider in Vishal Bharadwaj’s retelling of Hamlet, Shahid’s lanky frame becomes a looming presence on the screen. His eyes are deadened from the wear and tear through time and Shahid invests in the character, rather than himself. In a male-centric film such as this, it’s very easy to slip into the egoism of the central character: Shahid avoids all these pitfalls and follows Kabir’s graph smoothly.

From vulnerability to violence, Kabir Singh doesn’t become larger than life because Shahid keeps him in check. We don’t see him as a glorified celluloid Hercules: but as the regular, privileged, arrogant and angry man with no reins. 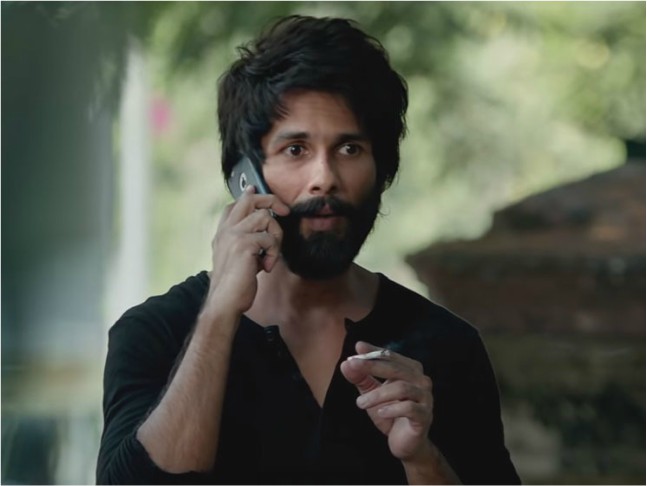 Shahid Kapoor in a still from Kabir Singh

Kiara has little to do except plead and look pretty. Which means that while her character has been allowed some breathing space towards the end of the film and a large speech justifies the anger that she’s experienced, there isn’t enough. So you’re left with the feeling that the story ultimately is about the boy and no one else. It’s about who he harms, who he breaks and his journey into the centre of the abyss. Preeti’s character could have been played by literally anyone in the world and it wouldn’t have made a difference. 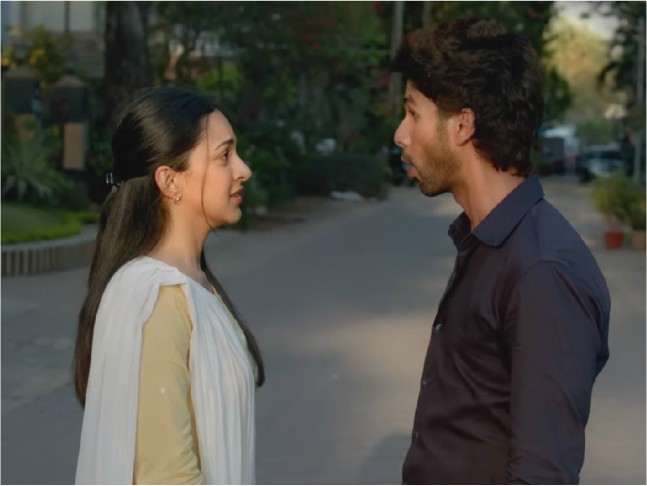 Shahid Kapoor and Kiara Advani in a still from Kabir Singh

Sandeep Reddy Vanga brings a lot of the OTT Telugu cinema sensibility to Bollywood and all of it is done very well. From the sound design to the humour, everything works. Except for the pointless existential back-and-forth between characters which can only be defined by the Hindi word ‘gyaan’, the curious merge of Hindi and Telugu cinema works for the neutral observer because it doesn’t bore you and it doesn’t take away from the original story.

Kabir Singh is a good watch mainly because of how well the main character is balanced by Shahid Kapoor. Vanga doesn’t lose sight of the journey and doesn’t forget that amidst all the existentialist dilemmas and song placements, he’s telling a modern tale of a toxic male which cannot be justified but has to be told in an entertaining, compelling way. And that it does!

I wake up thinking of you, still wondering what it was: Bhumika Chawla