Advertisement
HomeBOLLYWOODENTERTAINMENT NEWSVishal sir is number one on my list: Shahid Kapoor expresses his gratitude for Vishal Bharadwaj for bringing out the best in him

Vishal sir is number one on my list: Shahid Kapoor expresses his gratitude for Vishal Bharadwaj for bringing out the best in him

Vishal Bharadwaj needs no introduction. He is a man of sheer brilliant cinematography sense that leads to a spectacle on screen. Not just us, but someone from Bollywood, who has previously worked with him is also in awe of the ace filmmaker's talent to bring out the best from an actor. The person is none other than Shahid Kapoor. Shahid and Vishal have worked on films like Kaminey, Haider and Rangoon, with the former two being game changers for the actor. Shahid, during an interview with a leading daily, said Vishal is someone who, after discovering about the actor, has the power to bring out something that the actor himself doesn't see it coming.

"There will always be somebody who will discover you for the first time and see something in you that even you didn’t see. That’s Vishal sir’s biggest quality. Vishal sir is number one on my list," Shahid quoted. 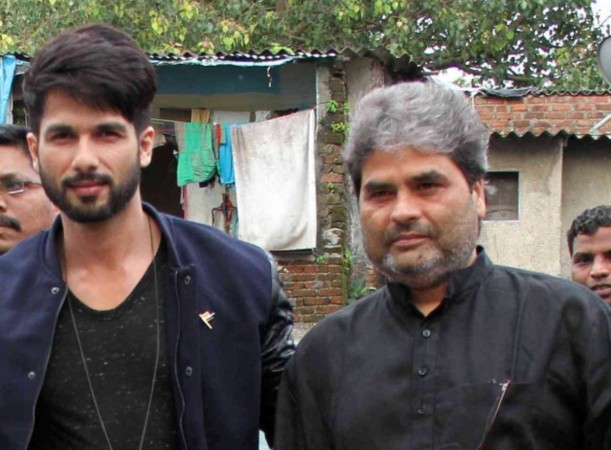 Recommended Read: 'Nobody else had the guts to play these characters,' says Shahid Kapoor on his intense roles in ‘Kaminey’, ‘Haider’ and ‘Udta Punjab’

The actor, who is currently gearing up for Kabir Singh also said the Haider director has the tendency to go against the set norms and that's what adds value to his films. Shahid further added that Vishal has been the key person to help him break his boy-next-door image." He always goes against the tide. His vision helps him to shock the audience as you get to see an actor in a new avatar, and that adds value to the subject. He did that with me repeatedly, and because of that, other filmmakers come to me today and give me opportunities. Vishal sir helped me prove to the world that I can break away from the trappings of the boy-next-door, good-dancer image," Shahid told the daily.

Speaking of Shahid, he will be now seen in Kabir Singh which is scheduled to release on June 21. Kiara Advani has been cast alongside Shahid in the film that is the official Hindi remake of the Telugu superhit film Arjun Reddy. Kabir Singh is directed by Sandeep Vanga Reddy.