Changing what's perfectly good is recipe for disaster: Shahid Kapoor on retaining the rendition of Arjun Reddy in Kabir Singh

Shahid Kapoor is all set to feature next in Kabir Singh, an official Hindi remake of Telugu film Arjun Reddy, which featured Vijay Deverakonda in the lead role. The Hindi film, also directed by Sandeep Reddy Vanga, stars Shahid alongside Kiara Advani. Ever since the Hindi remake was announced, there has been comparisons between the two films and suprisingly, everything about Kabir Singh resembles Arjun Reddy, from the posters to Shahid's look in the film. However, in a recent interaction with a daily, Shahid talked about the challenge of winning loyalists of Arjun Reddy with his act and pointed out that the difference between the two films is essentialy the performances as both the leading actors have a different take on the narrative and the character.

Sharing why he decided up to take the film, Shahid told the daily, "I am a big fan of the film. The script didn't come to me. I watched Arjun Reddy and loved it. It ticked most of the boxes for me as an actor. He is an emotionally distraught man. Because it is a love story, the inherent emotion is very beautiful. It has its dark moments but overall the film gives a viewer a wholesome experience." When prodded if remaking a cult film like Arjun Reddy is a challenging experience, Shahid quipped, "When you recreate a film like this, the toughest to please are the ones who are loyal to the original film. I wanted Kabir Singh to have a wider reach than the Telugu film." 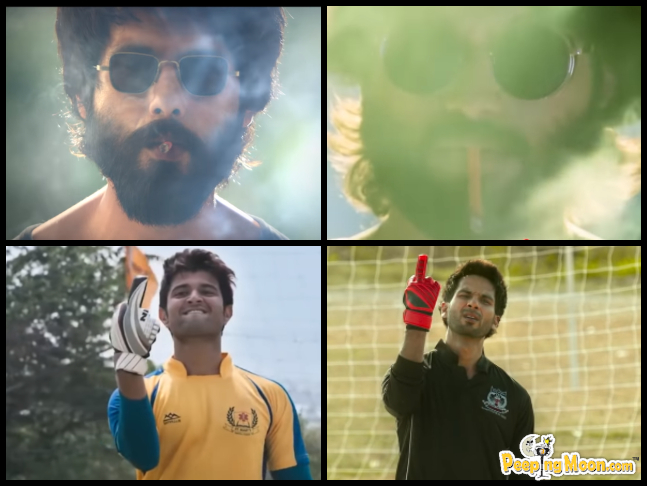 As we said, Kabir Singh looks like a replica of Arjun Reddy. When Shahid was questioned about it, he clearly pointed out that Arjun Reddy is a different person culturally than Kabir. Moreover, he believes that a re-rendition doesn't always mean the film will be different. "On paper, it's same, on set, it came alive for the first time again. I forgot Arjun to find Kabir. The interpretation of the story was so beautiful and that was my cue," he signed off.

Kabir Singh is slated to hit the screens on June 21.