Advertisement
HomeBOLLYWOODENTERTAINMENT NEWSJust as we said it! Akshay Kumar shoots daredevil bike stunts on the streets of Bangkok for Rohit Shetty’s Sooryavanshi

Just as we said it! Akshay Kumar shoots daredevil bike stunts on the streets of Bangkok for Rohit Shetty’s Sooryavanshi

Rohit Shetty has merged the world of Singham, Simmba and his upcoming film Sooryavanshi - creating his own 'cop universe' in Bollywood. His latest outing will star Akshay Kumar and Katrina Kaif in the lead roles and the first schedule of his action film was shot at Mehboob Studios in Mumbai. Interestingly, PeepingMoon.com was the first to reveal on May 29 that Rohit would shoot his first major bike stunt for a Bollywood film on the busy roads of Bangkok with Akshay. Not just that, we also learnt that Rohit, who is known for the thrilling car scenes in his films, will be using a powerful motorbike for the first time in a stunt.

Now just as we said, Akshay Kumar recently shot a bike stunt in Bangkok and we have our hands on a picture of him as well. Bangkok, undoubtedly, holds a special place in Akshay's heart since he has worked there for many years before he started his acting career. Talking about his big bike stunt, Akshay mentioned, "I always have a lot of fun doing my own stunts. Rohit is anyway a class apart when it comes to action in his films. And doing these bike stunts on the streets of Bangkok was extra special. Many years back I would ride a bike in Bangkok to deliver food. Now I am doing the same all over again, to earn my food. (Laughs)" 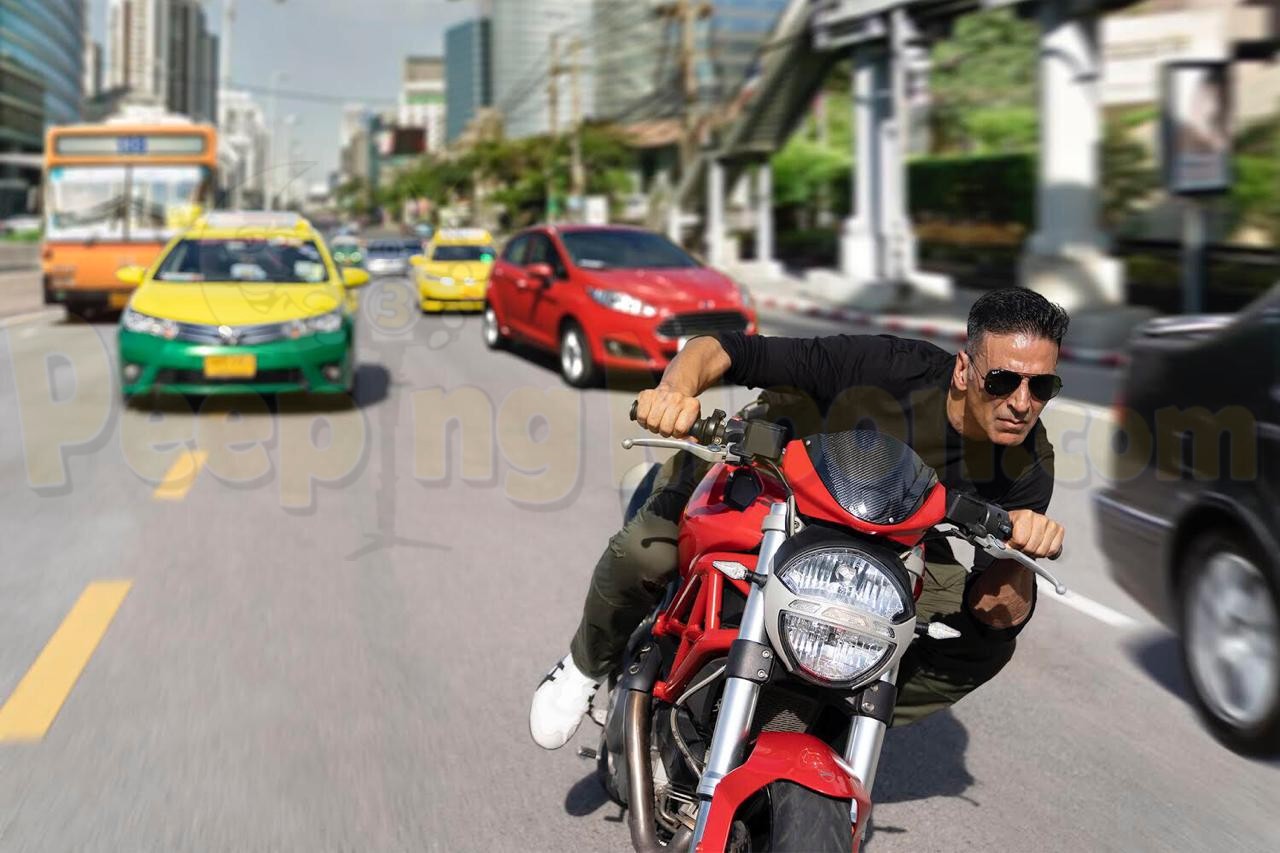 The third schedule of Sooryavanshi will be shot in Goa. The film reunites Akshay and Katrina on the big screen after almost a decade. For the uninitiated, Singham star Ajay Devgn and Simmba star Ranveer Singh will do cameos in Sooryavanshi. Presented by Reliance Entertainment and Rohit Shetty Picturez in association with Dharma Productions and Cape of Good Films, Sooryavanshi is slated to release in 2020.