Rohit Shetty, over the years, has proven that nobody does cop dramas with a punch of comedy better than him and we don't deny. With films like Singham, Simmba and now Sooryavanshi, Rohit has carved a niche worth admiring for himself. Taking forward the legacy of cop dramas, Rohit has planned a cop crossover film and has even registered its name as Aaya Police-if reports of a leading daily are to be believed. Aaya Police is a crossover film that will bring together the dream cast of Ajay Devgn's Singham, Ranveer Singh's Simmba and Akshay Kumar's Sooryavanshi together.

The report in the daily quoted a source from Indian Motion Picture Producers Association, who confirmed that Rohit has registered the title. The source also revealed the reason behind the name of the film and said there is a line 'ae aaya police' in a song from Simmba titled Aala Re Aala which marks the entry of a grown-up Sangram Bhalerao aka Simmba with the backdrop of a 'dhobi ghat'. "There was this song in Simmba called Aala Re Aala which has the line ae aaya police. Deepika Padukone was also seen saying that and cheering for Ranveer Singh in the film, and it had gone viral. Rohit thought it is a pretty good name for a movie and has registered the title," the source told the daily. 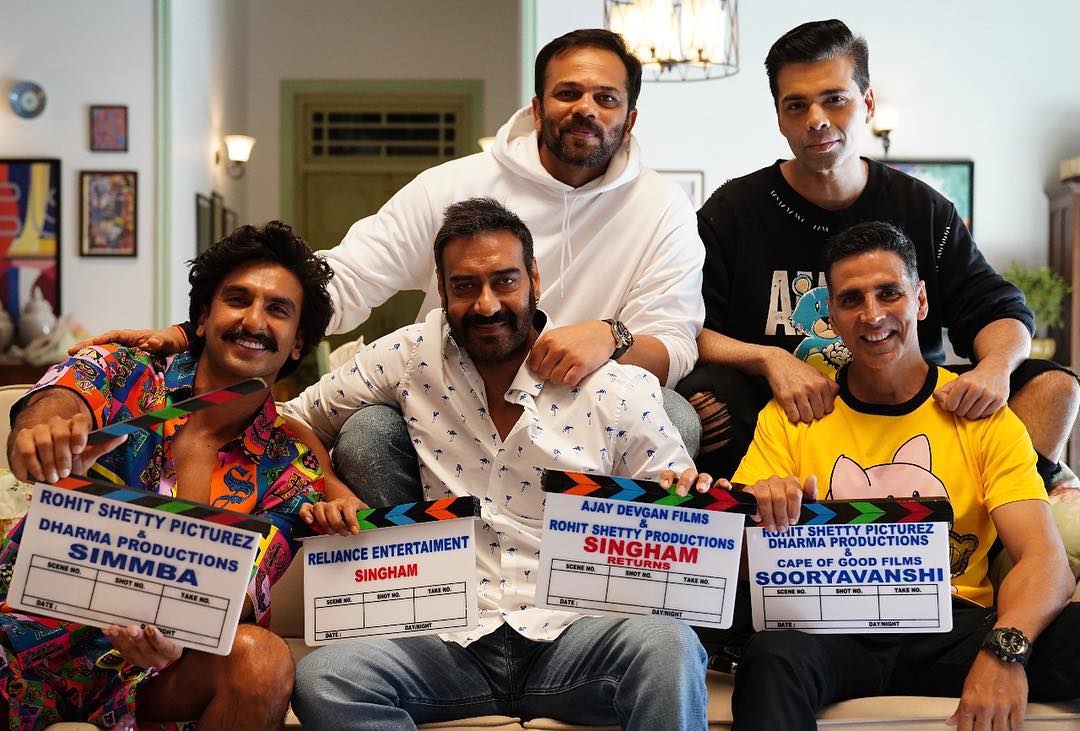 Earlier in May, Ajay had dropped in a hint that all the three cops will be sharing the screen space in a film soon. "There is a plan to make a cop universe film with Singham, Simmba and Sooryavanshi. That will be an altogether different film. We are building it up. We need to get a right script and we are working towards it. Singham and Simmba have become 'desi' superheroes and now Sooryavanshi. Getting all three is a great idea," Ajay said.

However, there are just speculations as Rohit is yet to make an official announcement regarding the same. As of now, Rohit is busy shooting for Sooryavanshi with Akshay Kumar in Bangkok, Thailand.