Advertisement
HomeBOLLYWOODENTERTAINMENT NEWSI'll try to invite everyone and they can stop arguing about it: Taapsee Pannu on Badla’s success bash and the Twitter banter between Shah Rukh Khan and Amitabh Bachchan

I'll try to invite everyone and they can stop arguing about it: Taapsee Pannu on Badla’s success bash and the Twitter banter between Shah Rukh Khan and Amitabh Bachchan

Taapsee Pannu has proved her mettle with every passing film of hers. The actress is on cloud nine because her last release Badla proved to be a superhit at the box office and got rave reviews from the critics as well as the audience. She teamed up once again with Amitabh Bachchan and Sujoy Ghosh in the suspense thriller that was produced by Shah Rukh Khan under his production banner Red Chillies Entertainment.

A few days ago, Big B had tweeted that despite Badla being a hit, nobody was talking about it. His tweet led to a hilarious Twitter banter between him and Shah Rukh. SRK in his witty way said that they all are waiting for Big B to throw a party and have been waiting outside his house Jalsa for the same. Now, in an interview given to an entertainment portal, Taapsee spoke about Badla’s success party and said, “I have been shooting in Johri village in Meerut area since Badla released. Nobody has come here with a cake for me, so I have no idea what celebrations are going on and who is giving a party to whom. I know one thing for sure that when I come back to Mumbai, I will definitely treat myself with a cake or some party for sure for Badla being such a big success." 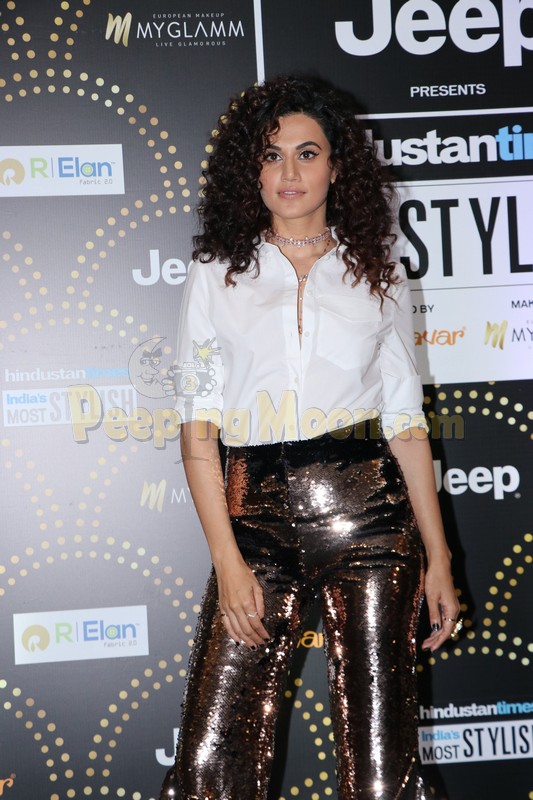 RECOMMENDED READ: Amitabh Bachchan wants to take 'Badla' from Shah Rukh Khan and it has to do with the film's success!

She further added and quipped about SRK’s and Amitabh’s Twitter banter and said, “I'll try to invite everyone and they can stop arguing about it. That's why I didn't interrupt also. I was like, let me come back and I'll throw a party."

Now, that’s a great way to tackle things, we hope Taapsee does give a party and we get to see Amitabh and SRK share their witty remarks once again the way they did for Badla promotions.