Advertisement
HomeBOLLYWOODENTERTAINMENT NEWSAmitabh Bachchan wants to take 'Badla' from Shah Rukh Khan and it has to do with the film's success!

Amitabh Bachchan wants to take 'Badla' from Shah Rukh Khan and it has to do with the film's success!

Megastar Amitabh Bachchan is upset that not enough has been said on the "silent success" of his latest film Badla, directed by Sujoy Ghosh and produced by Shah Rukh Khan. "About time someone started talking about this silent success! Because neither the producer, nor the distributor, nor the line producer, or any else in the industry, in general, has even spent a nano second to compliment the success of this film Badla. Thank you," Big B tweeted on Wednesday. 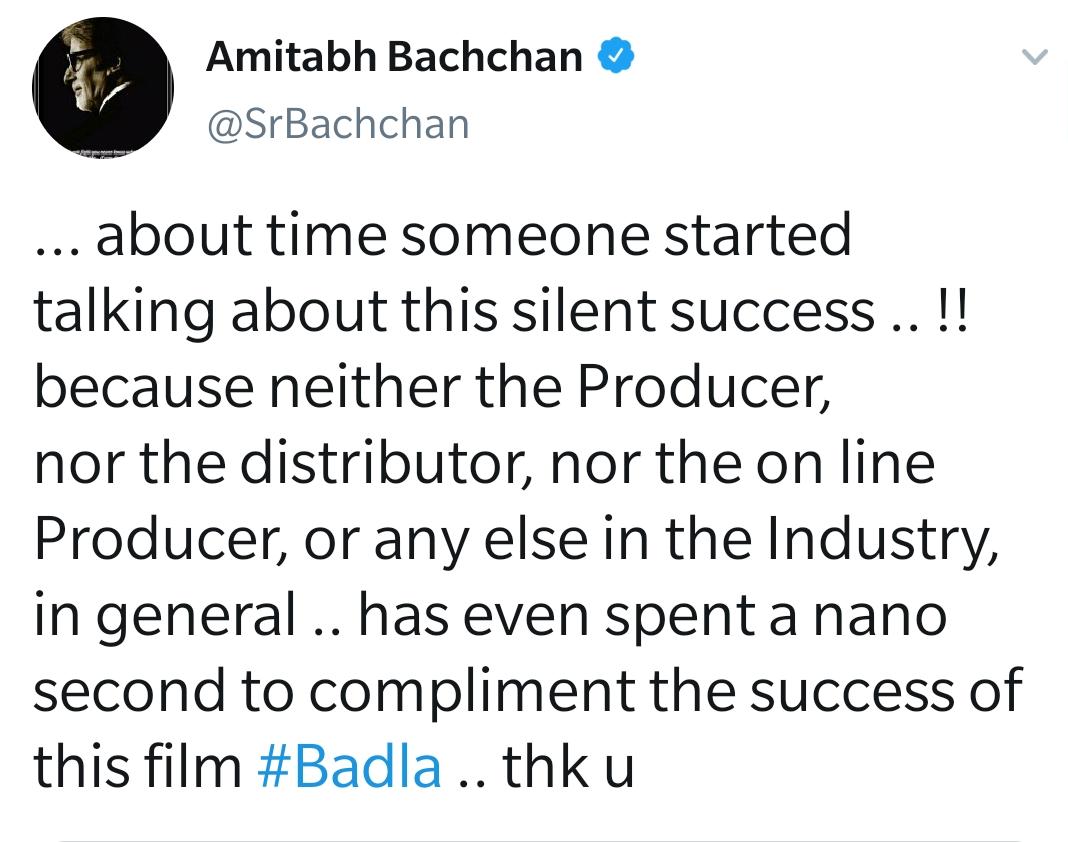 Shah Rukh, known for his quick wit, responded, "Sir hum toh wait kar rahein hain ki aap party kab de rahein hain hum sabko (Sir, we are waiting for you to throw a party for all of us! We are waiting outside Jalsa every night!" 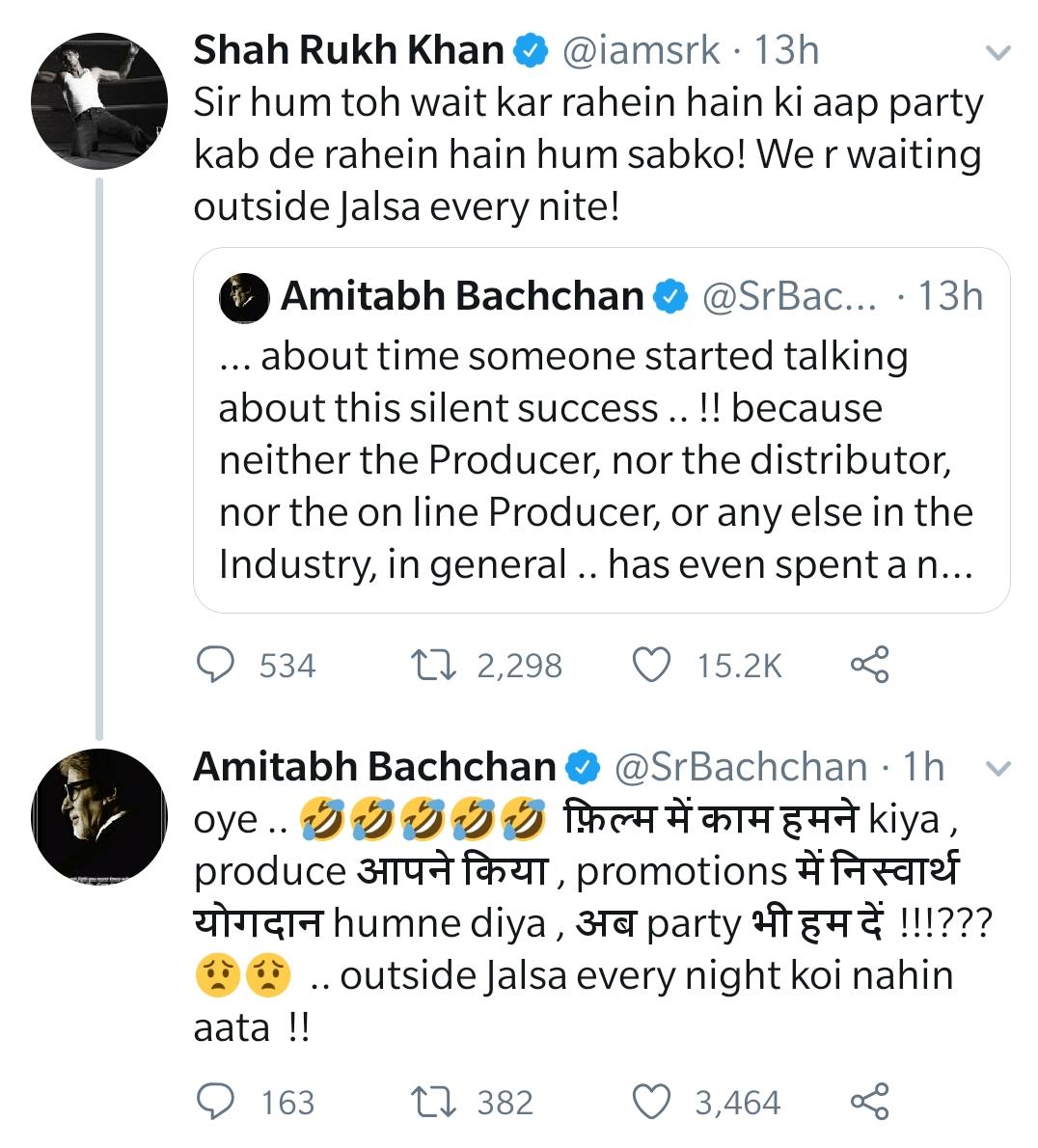 Big B then wrote to SRK questioning him in a lighter vein that while he worked in the film and promoted it selflessly, how come he was being asked to even throw a party. "Oye, film mein kaam humne kiya, produce aapne kiya, promotions mein niswarth yogdaan humne diya, ab party bhi hum dein? Outside Jalsa every night koi nahin aata!" 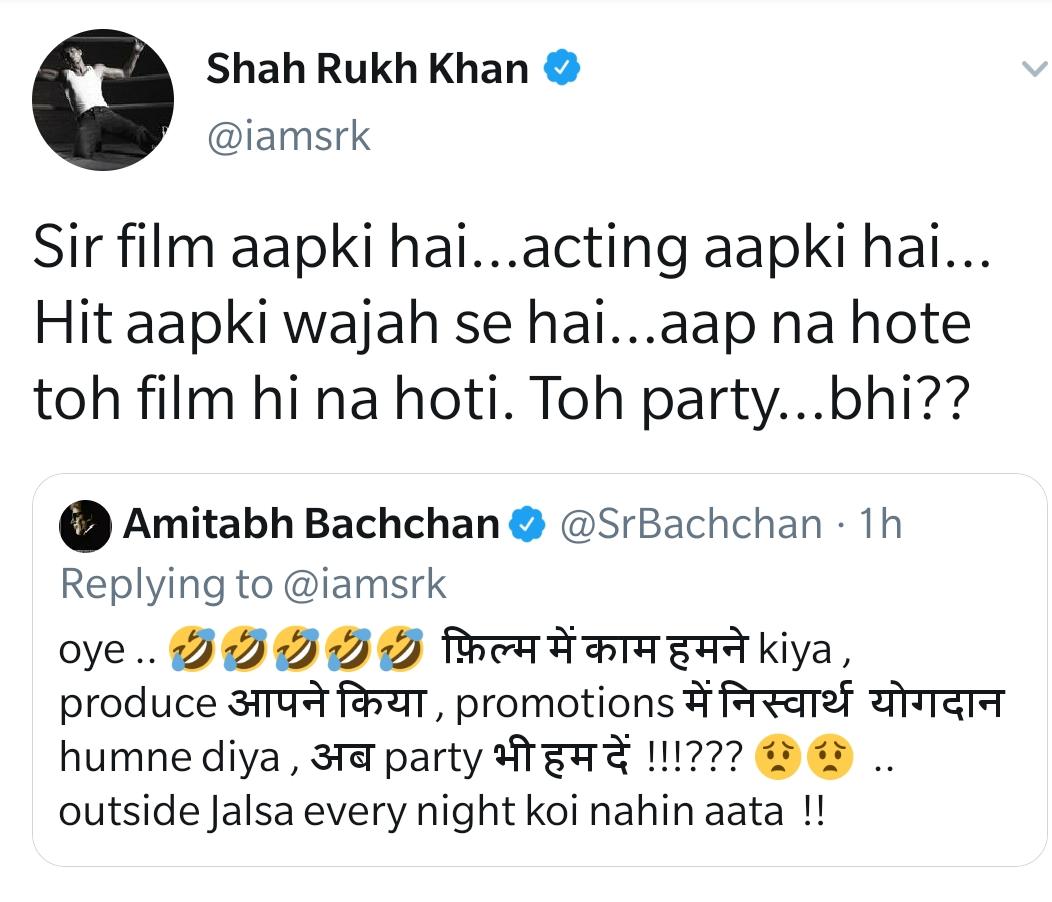 RECOMMENDED READ: The press needs to write about October not being nominated for awards: Varun Dhawan

Badla, shot largely in Glasgow, Scotland, is a mystery thriller which also features Taapsee Pannu, Amrita Singh, Tony Luke, Manav Kaul and Tanveer Ghani. The film is produced by Red Chillies Entertainment and Azure Entertainment. An official adaptation of the 2017 Spanish film "The Invisible Guest", its story follows an interaction between a lawyer and a businesswoman regarding a murder.