Alia Bhatt is completely smitten by boyfriend Ranbir Kapoor as she accidently referred to her Kalank co-star Varun Dhawan as Ranbir during an interview, and the footage of it has been made available in a video that is now viral. We’ll explain.

Along with her Kalank co-stars Sonakshi Sinha, Aditya Roy Kapur and Varun Dhawan, Alia appeared for an interview. During the conversation, Varun was fiddling with Alia’s hair and she said, “Ran..Umm, Varun don’t,” and immediately realized her mistake. Alia blushed severely and covered her face while Varun hugged her and Sonakshi, Aditya couldn’t help but smile.

Ranbir and Alia, co-stars of their upcoming film Brahmastra, are dating since 2018 as he spoke about his relationship with the actress for the first time during his interview with a leading magazine last year. Brahmastra, directed by Ayan Mukerji, will release on Christmas. 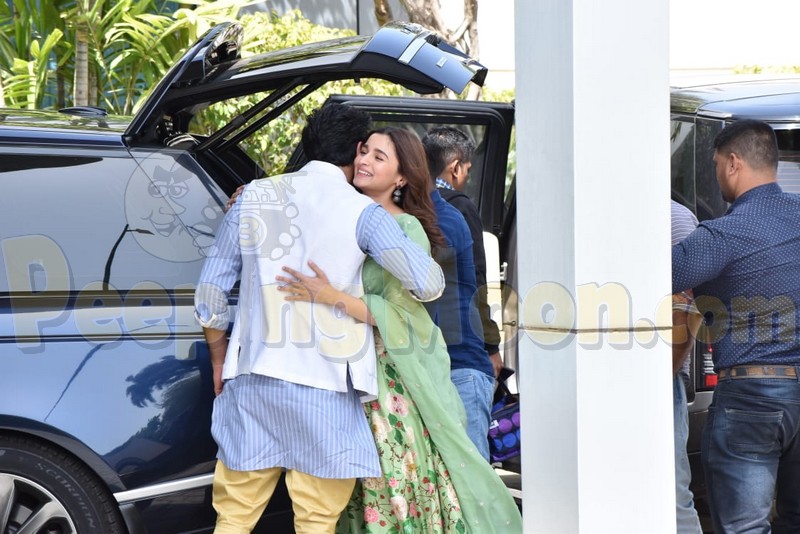 It’s Kalank for now as Alia Bhatt’s film is releasing on April 17. Also starring Sanjay Dutt and Madhuri Dixit, Kalank has been co-produced by Karan Johar’s Dharma Productions and directed by Abhishek Varman.