In the complaint, Khesari has been accused of producing "obscene content" and promote "vulgarity" towards women in India "with sole intentions to mint money by making such obscene and vulgar content". The complainant stated that by creating such "visual pictures and songs", Khesari has "shown clear disrespect towards women in the society". 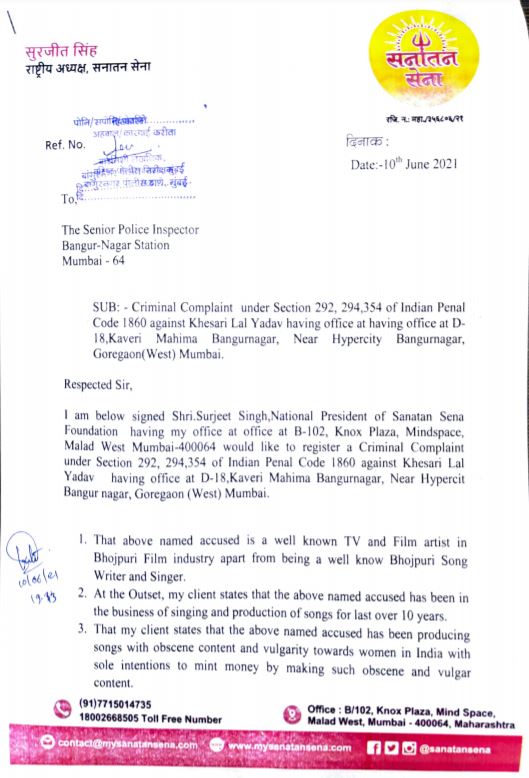 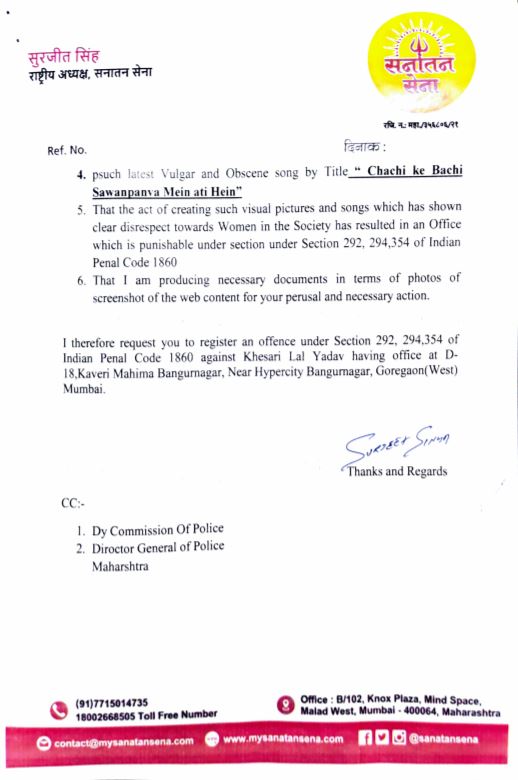 Khesari isn't new to controversies. In the month of March, Bhojpuri filmmaker Rajkumar Pandey registered a complaint against the actor-singer for allegedly issuing threats to him and his son. A case was registered against him at Gudamba Kotwali in Lucknow.

Khesari, who entered Bigg Boss 13 as a wild-card, got evicted pretty early.

Raj Kundra pornography case: Sherlyn Chopra claims to be the first per

Joint commissioner Milind Bharambe talks about the Raj Kundra pornography case, says 'aspiring actresses were exploited on the pretext of getting a good web show'