Advertisement
HomeCELEB CRIMEExclusive: ‘l am nowhere involved in it, they are using my name for publicity,’ says Kiku Sharda on being booked in a cheating case

Exclusive: ‘l am nowhere involved in it, they are using my name for publicity,’ says Kiku Sharda on being booked in a cheating case

Comedy Nights With Kapil fame and Indian comedian Kiku Sharda has been booked in a cheating cased filed by a Bollywood art director, recently. Art director Nitin Kulkarni has filed a complaint against six people, including comedian Kiku Sharda, who are associated with a charitable trust called The Mumbai Fest, for allegedly cheating him of Rs 50.70 lakh. Kiku, who is a promoter of the trust, has, however, denied his involvement and claimed that he has no connection with the organization and has spoken to PeepingMoon exclusively about it.

When we reached out to the comedian, he said, "The truth is that there was a festival that happened where my father is involved as a trustee. Now, there is some kind of disagreement between the party who is claiming this money and the trustee. There are total 5 trustees which I am not at all part of it. Just because I am the son and my father had organized the event, with due respect I had attended it. My father wanted to use my name, so that it helps the event. My dad has an event company - MOH and whatever I have heard from my dad is that the person did not do the job as he promised and upon that he is claiming extra money and so they said no to him. When a cheque bounces under the name of a trust then it is non-bailable. So, the company is fighting in the court and it has been going on for the past 3-4 months. I am nowhere involved in it and the person is using my name for the publicity. He knows that if my name will be involved, the matter would be highlighted. There would be more mileage to the case. I neither pay money or take money from the trust, mera koi lena dena nahi hain. I have nothing to do with the event also. Sometimes, as a celebrity, we have to pay for it." 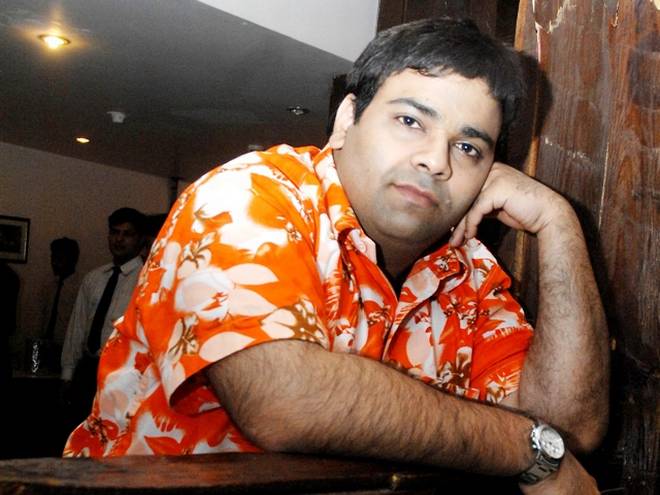 According to the Amboli police, Nitin, 51, was given the job of designing the set of the three-day fest that was held in January last year at the MMRDA ground in BKC. Art director Nitin has alleged in the FIR that an agreement was drawn up between the trust and him but he was not given a copy of the document and wasn’t paid the amount promised to him. He said that the organizers owed him Rs 50.70 lakh as the cheque given to him had bounced. “The dispute arose between the two parties due to some miscommunication about the due amount. After receiving a complaint we have registered an FIR and our probe is on. We will verify the claims made by both sides,” said a police officer. “We will give all the necessary documents to the police and also submit proof in court,” said Anoop Pandey lawyer for the trust.