A video of Kangana Ranaut's lawyer Rizwan Siddiqui has surfaced online where he can be seen negotiating with Aditya Pancholi to come to a settlement or face false rape charges by the actress. Pancholi told a leading daily recently that Kangana's lawyer threatened him with a false rape case following a defamation suit Pancholi filed against her, following which he recorded his statement with Versova Police Station on May 12.  The actor also claimed that he has an 18-minute long video recording of the meeting he had with Ranaut's lawyer, which he has already submitted to the court and police as proof. And PeepingMoon.com has got hold of the few clippings of sting operation footage where Kangana's lawyer Rizwan Siddiqui can be seen discussing the decade long  "assault and exploitation" matter with Aditya and his wife Zarina Wahib.

The actor also stated that he has got the video clips of Rizwan Siddiqui verified from a forensic expert and has got a certificate under the Indian Evidence Act that the video is original and not tampered with. Aditya also shared with us a copy of the letter he had sent to the Senior Police Inspector at the Versova Police Station. 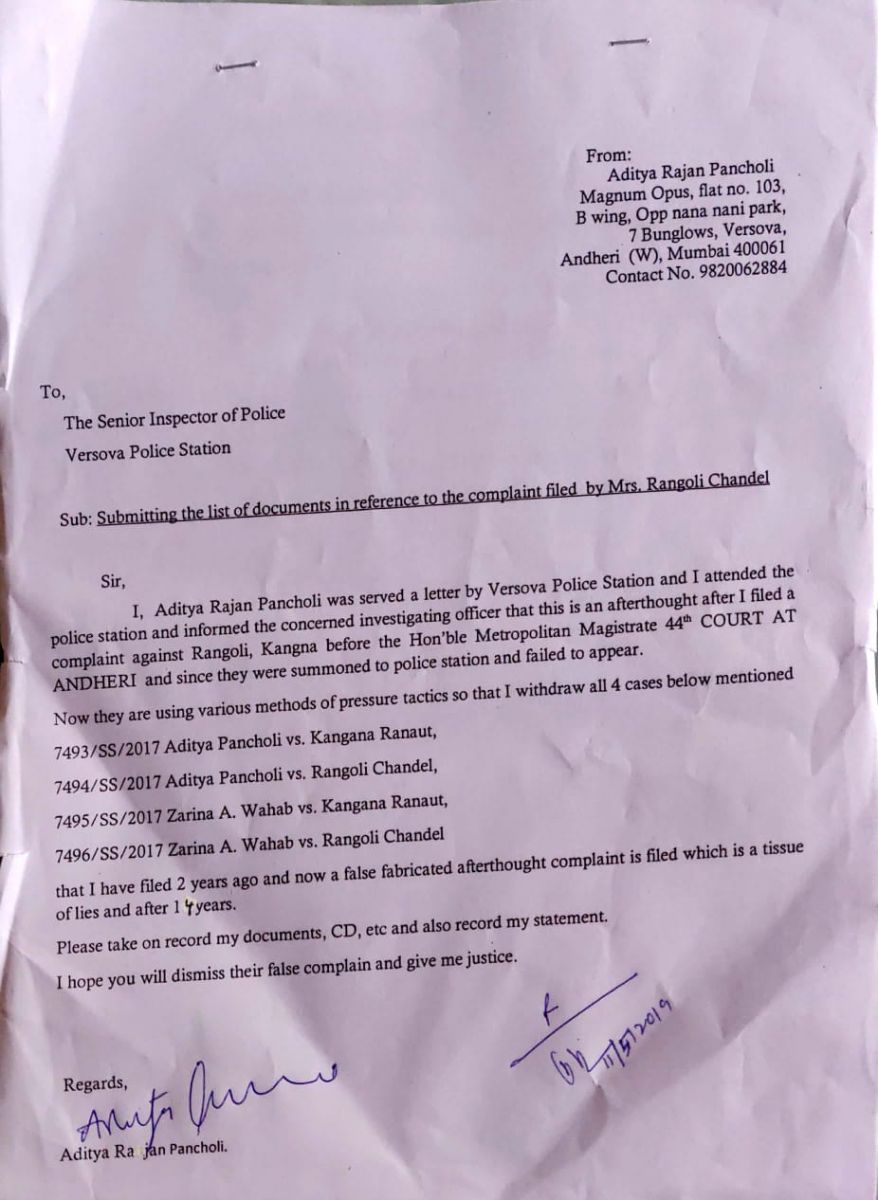 RECOMMENDED READ: These pictures are proof of Kangana Ranaut’s transformation from the fields of Kabbadi to the Cannes red carpet The Mumbai police have opened an investigation against the 54-year-old actor after receiving an e-mail complaint from Kangana's sister Rangoli Chandel. The complaint stated that Aditya had allegedly exploited and abused Kangana, a decade ago.

In an exclusive interview to a media portal, Aditya has made it clear that he is not going to stop now. "This is misguiding the world, this is misguiding so many people and they don't have shame. I am a family man and I have a daughter of marriageable age. This is God's grace that I recorded this conversation. Otherwise, how would I show my face to the world? I am not going to leave this, I am going to take this matter ahead. If I have to go to Supreme Court then I will do that as well," stated the actor.