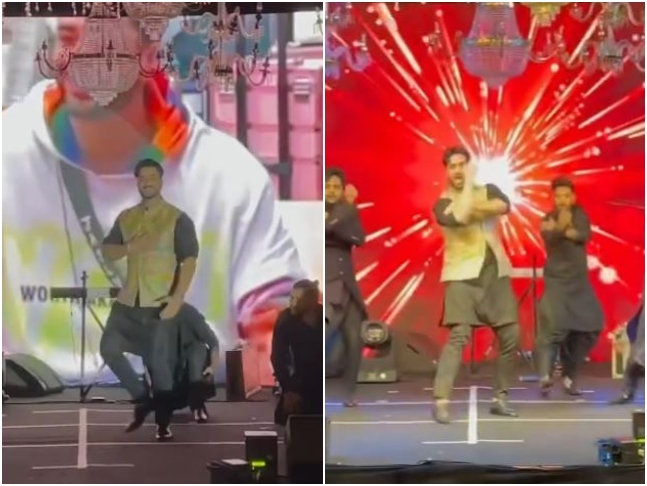 Rahul Vaidya and Disha Parmar tied the knot amid much grandeur on July 16 in Mumbai. The ceremonies started with mehendi and haldi and concluded with a grand sangeet on Saturday night. Rahul and Disha set the fire on stage with their performance on Bollywood songs. A night filled with music, fun and dance, Disha and Rahul's sangeet was a star-studded affair.

Rahul's BFF, Aly Goni, also danced on the stage with his boys' gang. The actor made an entry on the stage while Rahul's song Aly played in the background. For the unversed, the singer dedicated the song to his friend and his ladylove Jasmin Bhasin. Moments later, Aly delivered an energetic performance on Bajirao Mastani's Malhari.

Recommended Read: The DisHul Sangeet: Rahul Vaidya and Disha Parmar create a magical moment as they romance each other on 'Hawayein'

Aly along with Vindu Dara Singh danced on Khalibali. The video of their energetic act went viral on social media.