Advertisement
HomeTELEVISION NEWSTELLY BUZZPavitra Punia opens up about her interfaith relationship and age gap with Eijaz Khan, says 'my mom is a little worried'

Pavitra Punia has opened up about her interfaith relationship with beau Eijaz Khan. Not only this, the actress has also spoken about the 12 year age gap between the couple.

About her interfaith relationship with Eijaz, the actress said, "Both Eijaz and my family know about us. His father, brother and extended family everyone knows because they watched us on television. My family is aware, my brother knows he stays with me so he meets Eijaz. My extended family is also aware about Eijaz. I think if there would have been any problem we would have learnt about it. But with God’s grace there has been no such issue. Everyone is advising us to go slowly, know each other well and take time. My mom is a little worried because it is a different culture completely. So my mother keeps telling me to first know each other well and understand each other. On the other hand, my father is very chilled out, he is like a live-in, I don’t mind, but before taking that big step, know each other well and be sure if you want to spend the rest of your life together. Eijaz is also of the same mindset because he also knows that the religion is different. Everyone is happy about our relationship but they want us to go slow." 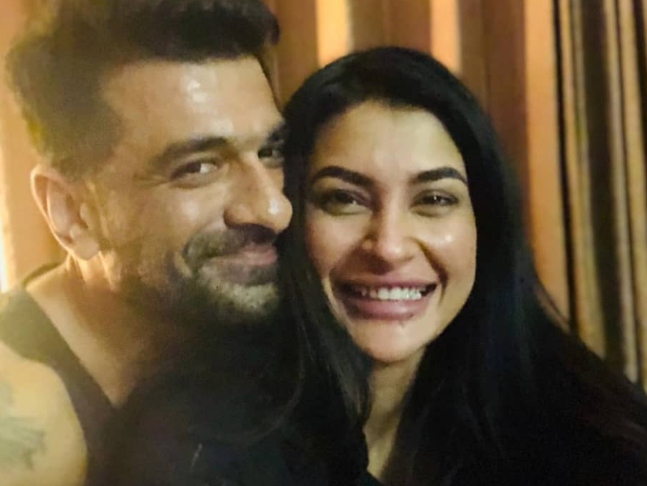 Recommended Read: Pavitra Punia celebrates her birthday with beau Eijaz Khan and it is all about lots of love and cakes!

On their age gap of 12 years, Pavitra said, "No, the age gap doesn’t bother us. Till a few years ago like during our parents generations there has always been an age gap between husband and wife. The moment parents would realise that ab ladki ke reproductive system is in place they would get their daughters married. This thing has been happening since the Raja Maharaja times. But I don’t know why we are asking this in today’s time and age. Why is it an issue if a couple has a 10-12 years age gap? I don’t think there is anything wrong if a 33 year-old woman and a 45-year-old man are falling in love with each other. What is the problem, we both are mature individuals. I don’t think there is a big deal."

For the unversed, Pavitra and Eijaz met on Bigg Boss 14 and shared a love-hate relationship. However, it was after Pavitra's evicction that Eijaz relaised his tru love for the actrss.

Ravi Dubey tests positive for COVID-19, isolates himself at home