Disha Parmar and Rahul Vaidya found themselves on the trends list recently after pictures from their upcoming music video went viral. Popularly known as DisHul, Rahul and Disha's relationship became official when the former proposed to her on national television. Now, putting an end to the wait, the Pyaar Ka Dard Hai Meetha Meetha Pyara Pyara actress shared a still from the music video titled Madhanya.

In the picture, Disha and Rahul looked lost in love. They are dressed as bride and groom. Twinning in pink, DisHul definitely made our hearts skip a beat. The wedding-themed music video will be releasing soon. Sharing the still, Disha wrote, "#NewBeginnings #Madhanya "

In the picture, Disha was seen wearing a bright pink lehenga. She teamed it up with a heavy choker, earrings, nath and a maang tika. Red Choodas and Kaleeras completed her bridal look. On the other hand, Rahul wore a pink dhoti with an off-white and golden sherwani.

Take a look at another picture of Rahul and Disha from Madhanya: 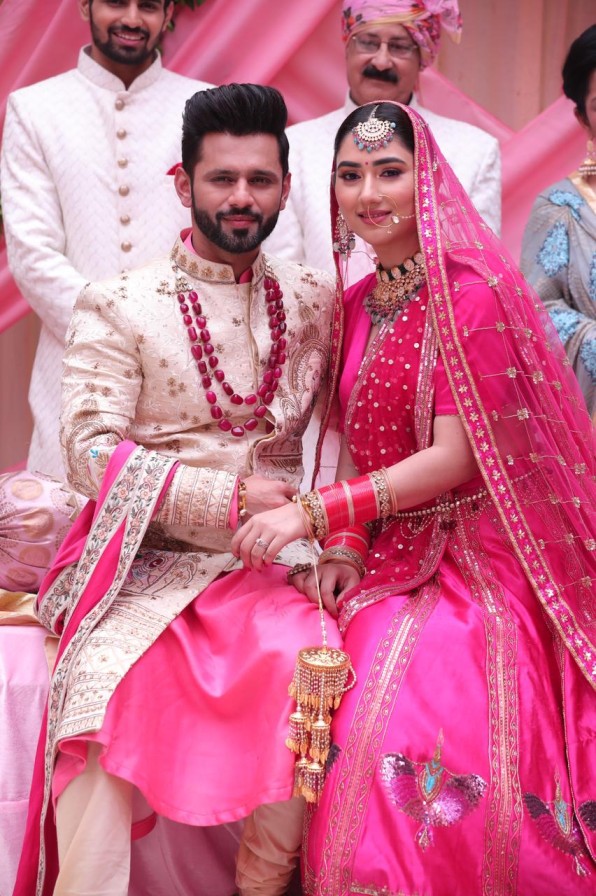