This Sunday The Kapil Sharma Show (TKSS) will witness a different league of comedy. This weekend marks the Silver Jubilee of actor Akshay Kumar on the show – yes, it’s the 25th time that the actor is gracing the set and the cast of TKSS couldn’t be happier! Each time that Akshay has come on the show, it has been a madhouse with him taking their class and this time is no different either. This time, he will be accompanied by Kiara Advani for the promotion of their upcoming film Laxmii. Needless to say, this weekend promises to be rip-roaring & full of entertainment on The Kapil Sharma Show.

While thanking the show and makers Kiara said, “I want to thank you all… After a long time there is a show that is so happy and we are all looking forward to.. A big big round applause to you all”. Further, Kapil shared his experience on the types of people that one came across during lockdown. The first type is the set of people who have become fit and the other set of people who have gained weight. While complimenting Kiara, Kapil asked her what did she do during the lockdown. Kiara replied, “Jaise sabhi ne kuch na kuch naya seekha hai iss lockdown mei toh mai ek baat aapke sath share krti hun. Akshay sir ke jo make up dada hain vo humesha ladoo banate the. He used to make these yummy laddoos toh when the lockdown happened just after shooting the Burj Khalifa song and uss waqt jab bhi sir ye laddoo khate the toh I used to have a bite from him. I started missing it afterwards so I said let me learn how to make these. So, it’s a modified version and laddoo became contemporary cookies. I have made it and brought it her for all of you. I just thought thoda muh meetha bhi hojae!.. to which Kapil quipped, “aap itna saara English main jo bol rahi thi na, mujhe samajh toh kuch nahi aaya but mujhe mazaa bada aaraha tha,” and thanked Kiara. She further went on to add, “It's super super healthy. No sugar, no gluten and I have made these myself, kasam se!” 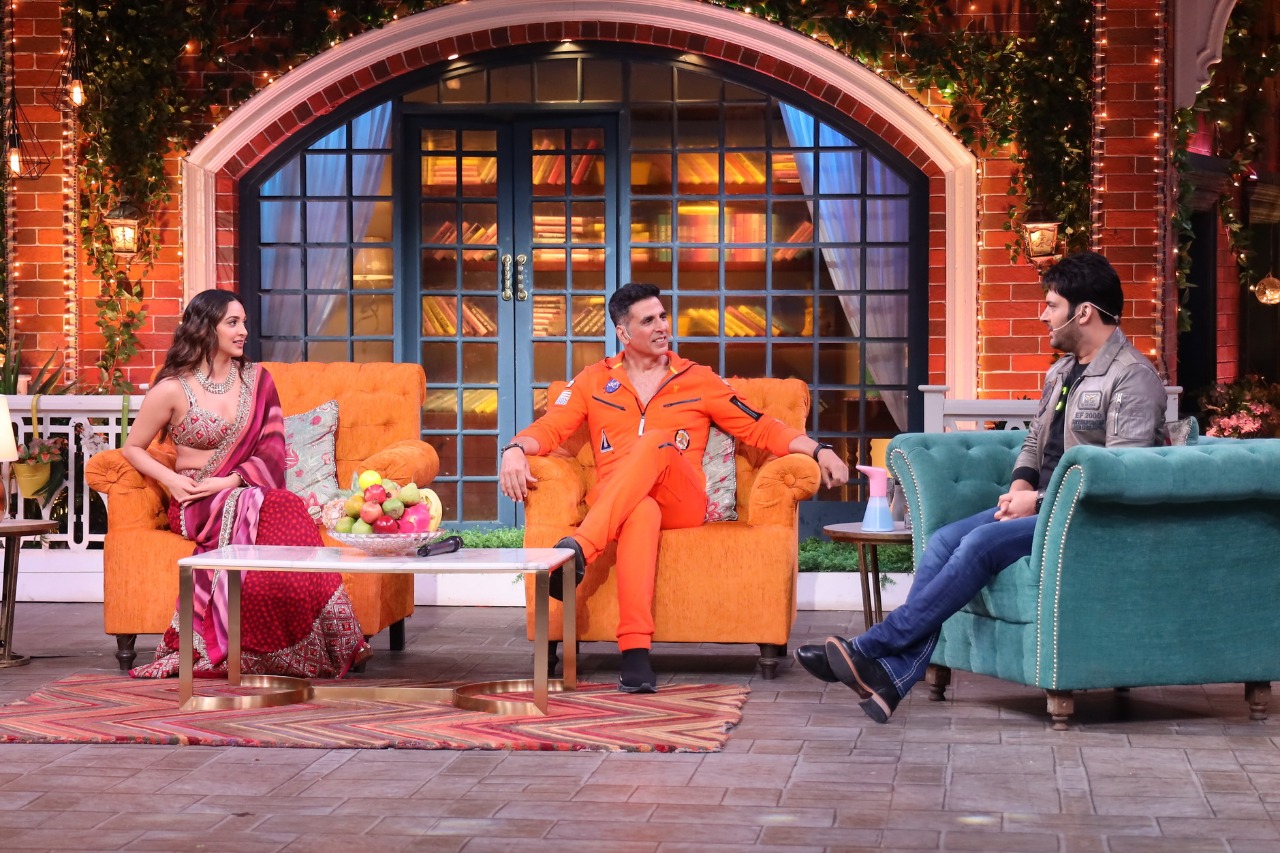 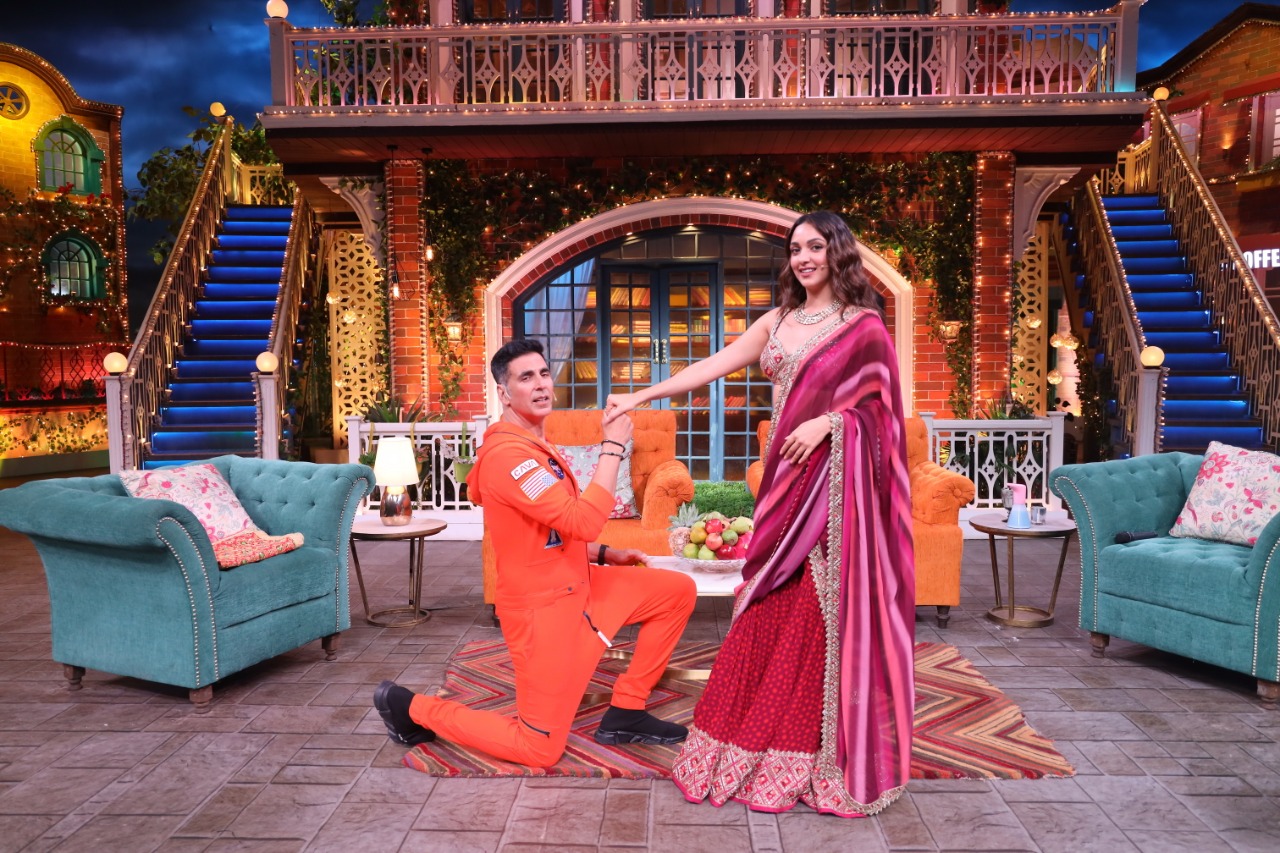 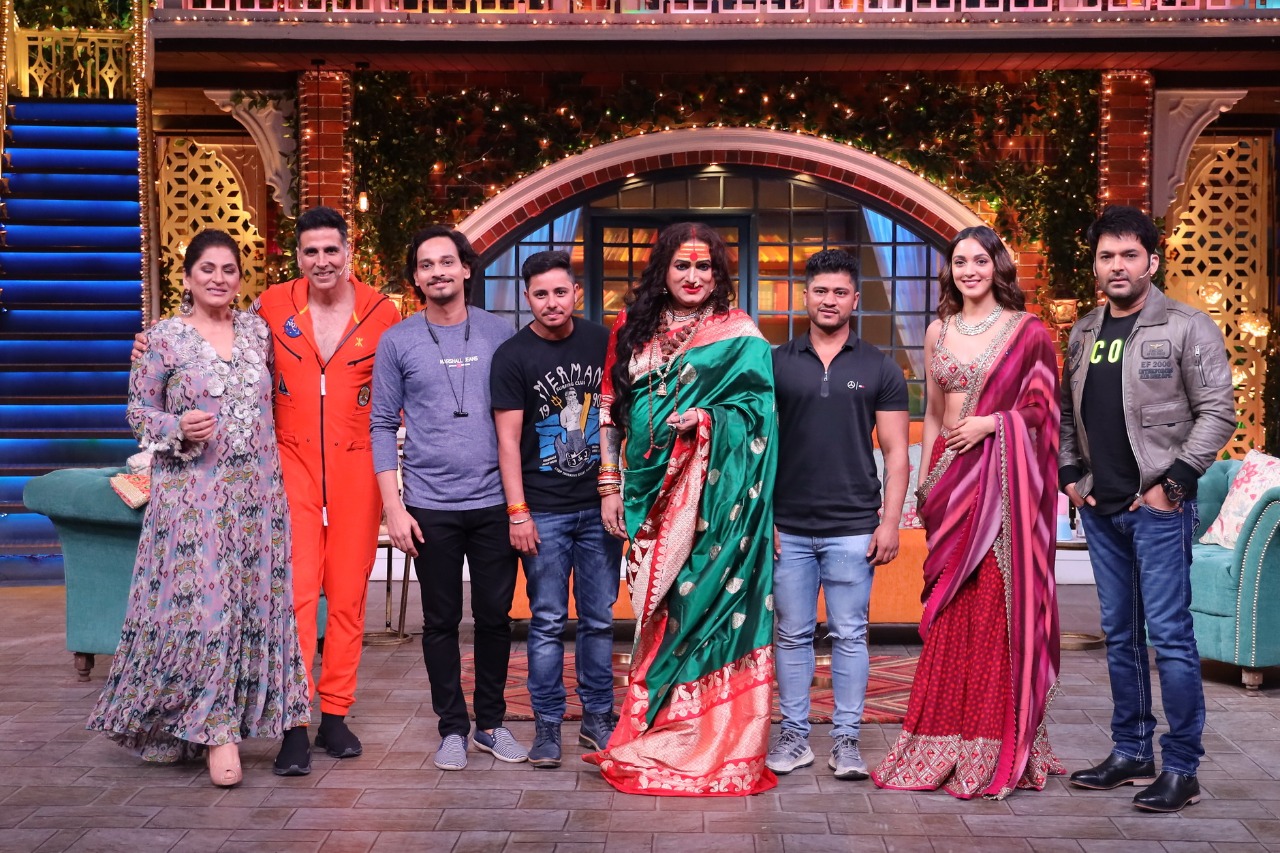 Recommended Read: TKSS Promo: Kapil Sharma admits being jealous of Akshay Kumar after he replaced him in an ad; the superstar quips saying the former has a bigger house

Further, in the show, Akshay and Kiara will be seen sharing a lot of incidents from the shoot. Akshay will also challenge the cast of The Kapil Sharma Show in a saree draping competition and the cast will offer him lots of gifts honoring and celebrating his 25th visit to the show.