The Kapil Sharma Show gives everyone a chance to perform, here Sunil Grover takes over the entire act: Shilpa Shinde on plans to quit 'Gangs Of Filmistan'

Shilpa Shinde, after quitting Bhabiji Ghar Par Hai!, is all ready to entertain her fans in the upcoming comedy show titled Gangs Of Filmistan. The show that also features Sunil Grover will go on air on August 31. However, days before the launch, it has landed into trouble. Shilpa, who is to make her comeback, has planned to quit the show. Talking to a leading daily about the same, the actress told that makers of GOF had promised something else and unfortunately, it has not been delivered. Claiming that they make artists work for more than 12 hours a day, Shilpa accused the makers of harassing the cast.

Adding further, Shilpa went on to mention that she signed the show on one condition that she doesn't want to work with Sunil. She said that Sunil doesn't allow anyone to perform and takes over the entire act. "I had mentioned first only that I will do the show on one condition that I don't want to work with Sunil Grover. This was my first term but they lied to me that no he is not there in the show. Later, I learnt it from outside that he was part of the show. I questioned them so they revealed the entire cast to me, I was happy then. They again told me he has nothing to do with your part, he will be doing something else. However, he soon joined us in the gags. When he is around, you can't do anything. He takes over the entire act," Shilpa claimed. 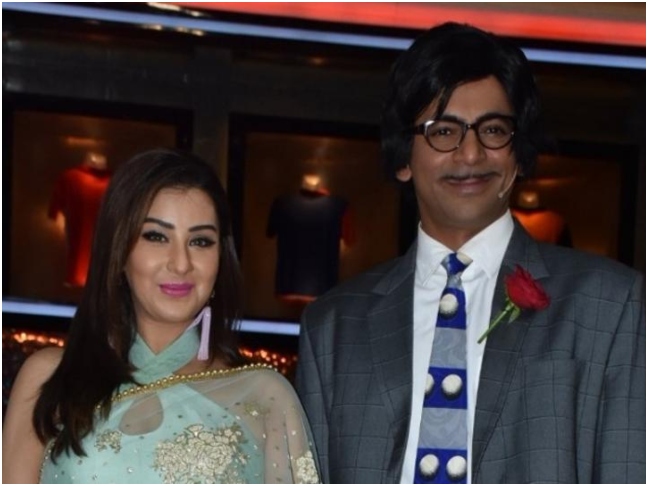 Recommended Read: Sunil Grover to team up with Shilpa Shinde for a new comedy show titled 'I Laugh You'?

Shilpa further revealed that the artists are never given scripts and in turn, they gags are destroyed. Sharing that this isn't the kind of comeback she deserved, Shilpa informed that she is raising such points so that the production house never repeats it in the future. "We are never given scripts, our gags get destroyed and we don't get to perform at all. I am not making a comeback to stand behind in the crowd and clap. They are claiming it is Shilpa's comeback and what am I doing standing behind. I am raising these points so that the production house takes a note of it and works on it. These will help all the artists to perform better and in a healthy environment. Even I want to do the show, but just think about my fans who will be watching me after two years, they will be disappointed as I am not at all seen in the show. How can I term it as my comeback show," she told.

She said she doesn't want to work on a show as she feels her talent is exploited. Citing an example of The Kapil Sharma Show, Shilpa said, "I don't want to work on the show in this manner. It is a comedy show but what is happening. I am not at all happy. I am not at all shown on the show. I can't work like this and I hate lies. I don't want to get exploited. The makers lied to me. I am not working because of the contract. I am not acting after seeing the contract, it comes from my heart. The concept where Sunil ji is watching us do comedy, I was not at all excited. Because audiences are going to laugh at us that a talented person like Sunil Grover is sitting and we are doing comedy. Nobody gets to perform in the show according to their capability , but just because they have done so many shows with the Production house they don't want to complain. But I fear nobody so I am speaking. If you see another show like The Kapil Sharma Show, everyone gets an equal opportunity to perform and showcase their talent. But here only one person is performing, Sunil Grover. It is difficult to match his energy."