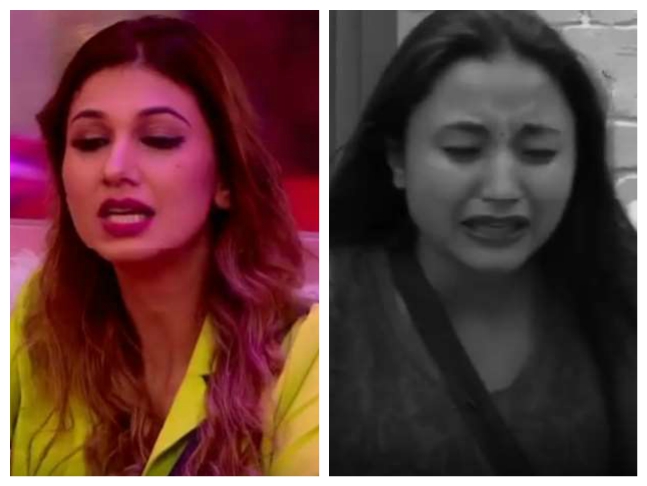 Former Bigg Boss contestant Jasleen Matharu is one of the contestants of newly launched reality show Mujhse Shaadi Karoge. The lady will try to impress Paras Chhabra so that she considers her for his life partner by the end of the show. The show has just begun and guess what; the drama has begun too!

Recently, the channel released a promo wherein one can see how Heena Panchal in talking to Navdeesh, where the later confesses of being fond of Shehnaaz Gill. The video is followed by Jasleen Matharu and Sanjjanaa Galrani, asking her to stop imitating someone and be real. Jasleen further adds Navdeesh is trying to portray herself differently amongst all the contestants, by these gimmicks which left the latter in tears.

Recommended Read: ‘Normal reaction of a brother, he’s upset as I am yet to get married’: Arti Singh on Krushna Abhishek denying attempted rape on her

Well, seems like Heena Panchal and Jasleen Matharu are leaving no stone unturned to bring themselves into limelight by these dramas.