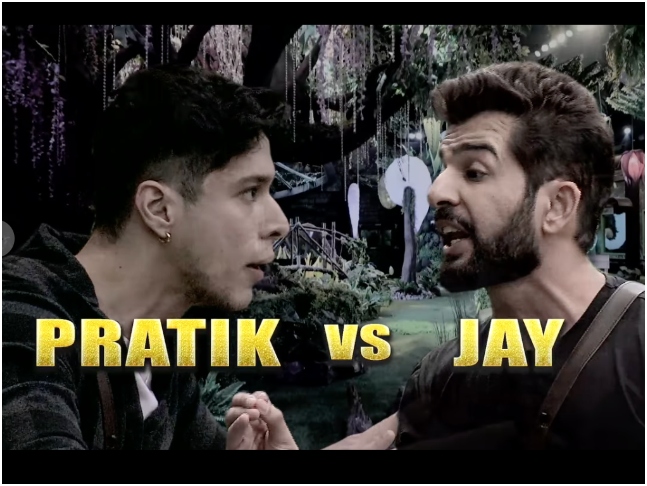 Just the 2nd day witnessed a lot of drama inside the house. After a verbal spat, Jay and Pratik will be seen getting into a physical fight in tonight's episode during a task. Bigg Boss announced a task wherein the 'Junglewasis' were given a map which will play an important role for them to survive in the jungle area in the next few days. Pratik Sehajpal decided to steal the map and hid it which led to a major fight between Jay and him.

Recommended Read: Bigg Boss 15: Umar Riaz calls Pratik Sehajpal a 'quitter' for leaving Bigg Boss OTT with briefcase, gets into a heated verbal war with him on Day 1

All the Junglewasis decided to find the map and go to the main house. They picked up the sofa, blankets and beds in search of the map. While Jay was looking out for the map, Pratik stopped him and a fight broke out between them. Karan shouted at Pratik for getting physical during the task while they all were calmly doing their work. Jay ended up abusing Pratik and the latter grabbed him by the collar.

Karan, Ieshaan and Nishant tried to control Pratik but he did not stop and banged the glass door of the house, which broke. Well, looks like Pratik and Jay are planning to continue their enmity that started on the second day.

Bigg Boss 16: Nimrit Kaur Ahluwalia gets voted out of the show by jant