Aly Goni, who entered Bigg Boss 14 for his dear friend Jasmin Bhasin, had to exit the controversial reality show because of her. The Yeh Hai Mohabbatein actor took the decision to leave the show when Bigg Boss asked Jasmin and him to mutually select one of them to walk out.

Now, talking to a leading daily, Aly mentioned that this was the first time when people got to see their equation in real life. “We are the same with each other in real life. It was amazing for me to spend more time with her inside the house. Jab aap logon ke saath close hote ho aur unke saath itna time spend karne ko milta hai, toh woh bahut achcha tha. And we are very close. It took me a lot of time to convince her to finally take this decision of leaving the show because she herself wanted to go, but maine nahi maana,” he said. 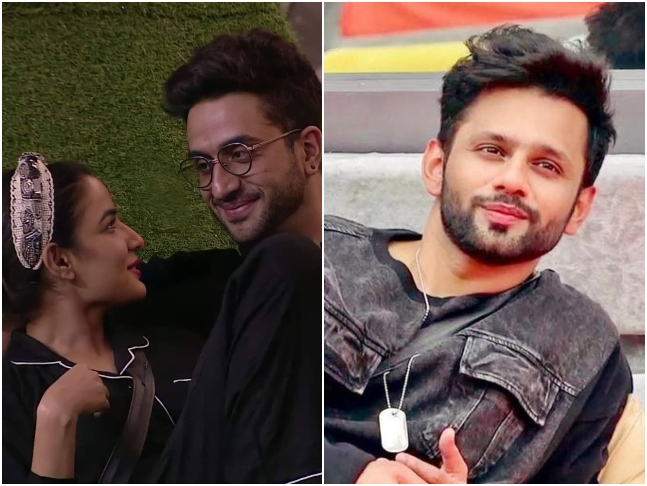 Recommended Read: Bigg Boss 14: Kavita Kaushik in no mood to give explanation for her stormy exit, says 'go ahead and make me the devil'

On her back to back war of words with Kavita Kaushik, he said, “Enemies toh bahut badhi baat hai, jo hua, woh show pe tha, but I am not holding on to any grudge."

Though it is crystal clear that Aly wants Jasmin to win the show, is there any other contestant apart from her that he would want to see winning the show? “Rahul (Vaidya) is a dear friend. And he is playing a good game. So if not her, then I would want him to win the show,” he mentioned.

I love her, my intention is honest, pure and pavitra: Eijaz Khan opens