Advertisement
HomeTELEVISION NEWSBIGG BOSSAs we said it! Kavita Kaushik to re-enter the ‘Bigg Boss 14’ house by impressing a celebrity panel; promo out

As we said it! Kavita Kaushik to re-enter the ‘Bigg Boss 14’ house by impressing a celebrity panel; promo out

Kavita Kaushik had entered the Bigg Boss 14 house with a lot of hype as well as expectations but her stint was not well-received by fans and she was evicted from the show within just one week. However, we had informed earlier that the makers are mulling over the fact to give her another chance and make her re-enter the house once again. Proving us right, the official channel that airs Salman Khan’s show has released the latest promo featuring Kavita.

In the promo, Salman tells Kavita that in order to re-enter the Bigg Boss 14 house she will have to impress a panel of celebrity judges who will grill her on her demeanour inside the house. The panel consists of Vindu Dara Singh, Arti Singh, Kamya Punjabi and Surbhi Chandna. In the promo, Salman tells Kavita “Abhi nahi to kabhi (Now or never).” Kavita agrees to do the needful.

Arti questions Kavita first that she had been lecturing others to not shout and yell but she herself got angry. She asks, “Karni aur kathni me itna farak kyu hai (Why is there such a difference between your words and deeds)?” Kavita explains that she got angry when rules were broken, citing the example of Shardul Pandit. Surbhi asked Kavita, “Kavita is a popular TV star and audience loves her, what could be the reason that audience did not vote for her?”

Vindu asked her about her equation with Eijaz Khan and what will happen to their relationship once she re-enters the house. He ever rebuked her saying, “This is not a show for acting and we need to see real personalities. I feel everyone is acting and when we watched Eijaz yell with happiness at seeing you enter the house it was real!” 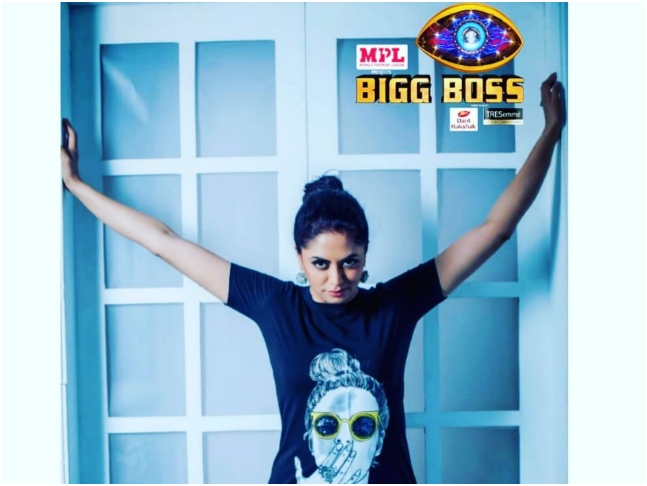 Kamya also asked Kavita about her negative image inside the house, to this the actress replied, “When everyone put that rejected stamp on my face, I was hurt and in that situation, I reacted emotionally. When you react emotionally, you cannot frame your words correctly. That is where my weakness was exposed.” However, Salman said that Kavita has nothing new to say and asked the panel to pronounce the judgement.